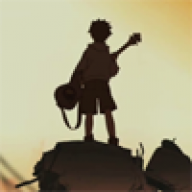 Destructoid said:
When Factor 5's president confirmed to IGN the other week that they were reuniting with Nintendo at least long enough to produce a non-Virtual Console title, more than a few ears perked up. Although quizzed up and down for more juicy details, Julian Eggebrecht was tight-lipped. Guess that was sort of expected... just enough to get us interested and wanting more.

What would the mystery title be? According to gaming site Kombo, who credits "a reliable source," the title in question is none other than a Kid Icarus game for the Wii -- and get this, built from the ground up, specically for it. Since nothing has been confirmed at this time (yes, the same old song and dance), we have to file this under the "rumors with great potential" category.
Click to expand...

that would be good..

Oh! They should use the LAIR engine! >.>

Factor 5 can do more than make flight-based mission games, you know.

You know, I think we should never believe such rumors..
I will believe it when it comes.

That rumor that Factor 5 was working on a new Kid Icarus game was out when the Wii was still called the "Revolution".. maybe the project was cancelled and now reopened!
Might be true..

edit: sorry.. my bad.. it was a Pilotwings game.. not a Kid Icarus game

They did originally announce a new Pilot Wings game a while back before they did Lair. If they are doing a Kid Icarus game then I hope it won't be entirely flight based and more like an 3rd person open air version of Metroid Prime, but more linear.