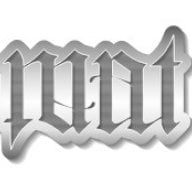 all u need to know is there
C

all u need to know is there
Click to expand...

Did u get the latest version of TBR ?

3. Run the Trucha bug Restorer with the Homebrew Channel. Press B (this will set No IOS Reload). Now wait a while (till the text changes) and press 1. Choose Downgrade IOS15. Now you have to choose Load from SD two times. It will do its thing and return to the HBC.

4. Run TBR again.Change the IOS to IOS15 and press A this time. Wait for the text to change and press 1. Go to the IOS36 menu. Change the last option to YES (so all 3 options show YES). Leave the first option to 36 and choose Install patched IOS36. Press A when it asks to load from SD. Once its done it will quit to the HBC again.

5. Run TBR once more. Press A and then 1 when the text changes. Choose Restore IOS15. Press A when it asks to load from SD and let the app finish.

I have Trucha Bug Restorer v1.1

The guid on here says to

Go to Downgrade IOS15.
Press A to downgrade.
Everytime it says "load IOS from SD" press A.

But the guid on http://sites.google.com/site/completesg/ha.../trucha-bug-4-2 says to

I have tryed but so far a few time with no luck everytime failed.

Does your wii is connect to internet?

Once you downloaded them all, go to the folder where you extracted the NUS downloader and you will see 4 new folders. Copy the wad in each folder to the SD card (NOT to the wad folder).

They are on the root of the SD card.

when they ask u the first time :

after that choose downgrade ios 15

Does this part work?

You could also use pimpmywii, it can downgrade ios 15 and patch other ios, it's very easy with that soft for patch ios with trucha and check that latest version of ios and channel like shop channel etc ...
C

matguitarist said:
when they ask u the first time :

after that choose downgrade ios 15

Error: Could not set the revision to 0
Downgrade failed

thanks for the help so far but I'm not getting anywhere with this and been stuck on this step for awhile now so I think I will go to bed and try again tomorrow. If anyone has any ideas how to get this to run or something different to try let me know and I'll let you know tomorrow if it worked. Thanks

Just give a try with pimpmywii maybe it will work
C

matguitarist said:
Just give a try with pimpmywii maybe it will work
Click to expand...

I tryed pimpmywii and i get error ret= -11

i give u a link in 2 min ... i'll upload the latest version to mega upload

Thanks that worked. But I have to choies IOS60 to get it to run and it ran fine in RTB afterwords too. 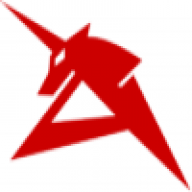 no offense on the OP but why do you open a new thread for each and every problem you have? why not ask all of your questions all together in one thread...just answered one of you threads and saw another, then another...

i think you had already solved your question on trucha bug restorer so that good but maybe next time avoid posting each of your problems in separate threads...