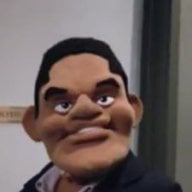 at the end of the Wii U's lifecycle I copied all of my files (on the Wii U) from a far too big hard drive to an 160GB hard drive and just left it there. Last week I tried to use it again but the Wii U says that the hard drive has to be formatted and can't be used by the Wii U, so that I plugged it into my PC and found out that the hard drive is fully working but with an (for Windows) unknown filesystem - which I assume to be WFS.

I tried to dump the files with WFSdump but the program failed in the first step. Is there any possibility to find out if the drive is WFS formatted and is there one to rescue the Wii U files? It should only contain my digital games (which I can re-download) but also all the savefiles of them, so it would be kind of losing a memory if the files we're lost.

W
From WAD to WUP

S
Hardware Emulation USB FAT Device Could Not Be Opened?