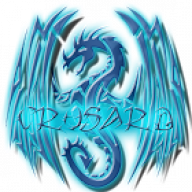 A homebrew that can view the battery remaining on the 3DS, an exact percentage because the battery icon usually fail lot.

Sorry for my bad english

That would be pretty cool actually ! 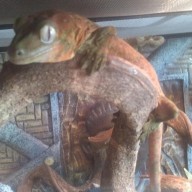 Tracking remaining charge in a battery is a spotty business... A percentage would be similarly inaccurate as the bars, just slightly less so.

It's sort of like tracking GSM 'connectivity' with bars, very unreliable stuff.

I wish at least that there'd be a full cfw which had mildly more accurate features as such, but alas... That's not likely to happen, and this 'homebrew' would be like an application, and would only be of use when executed. Which means you'll only see anything while it is loaded.

Don't get me wrong, as an idea, it's not crazy and it's not a bad idea. It's just not hugely possible, right now anyway.
Reactions: mmn and lemanuel
U

Just tried this; it's impossible to get anything other than a 1-5 number 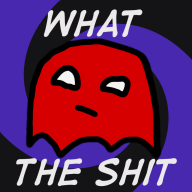 Location
Yes that kind of wizard.

This really depends on whether or not the 3DS' battery has the appropriate hardware to collect stats like that. If not then you're stuck guessing. Also depends on how the 3DS collects said stats.

An example of this would be the batteries in iPod touches. They don't give out much info at all. Just temperature readings, voltage, and current capacity (but not max capacity). So there's really no way to know how much a battery has degraded as it won't tell you. How does the system know how much power is left? It's literally just guessing based on how much the battery says it currently has vs how much it's supposed to be able to hold. Which is why it's common to see an iPod die at "30%" because it's not actually at 30% but the system has no way of knowing that. (iPhones don't have this problem and is why they can enable the percentage display and iPods cannot without some hackery.)

Edit: To clarify, lets say the battery is supposed to hold 1000mAh but it's degraded to the point where it only holds 800mAh. The battery doesn't report this so the OS assumes it has the full 1000mAh capacity and gets the current power level. Then it displays that the battery has 50% power left but in reality it's got 500mAh out of 800mAh, not 1000.
Reactions: focusonme

Nintendo 3DS Jun 18, 2022
spaceworld_5
S
A
What voltage/amperage draw comes through a 2DS when charging?