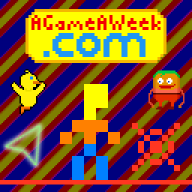 As some of you will know, I'm currently speeding through making a different game every week (AGameAWeek.com)
One of my earlier games, Munky Blocks, has been on my mind lately, and I figured it's probably about time I attempted to make a DS edition.

I'm not sure how the levels are going to fit into the game, I'll probably have scrolling bottomscreen, and minimap up top, but all should be easily do-able.

An editor will, of course, be included (probably

) and there should be at least a few half-decent levels.

But if I'm spending this week writing it, I'm not leaving myself a lot of time to actually make those levels.
If anyone would like to download Munky Blocks (Windows), and attempt to build a nice batch of levels in it's included editor, you can send them over by Saturday, and I'll start piling them into the new DS game.
Include a name for the pack, and a name for yourself, and you'll be right up there on the titlescreen when the DS game arrives!

Anyone who sends a level pack (5 or more levels!) gets themselves a nice Beta version of the game on Sunday, before the proper release on Tuesday, so you can't say it wasn't worth it!!

Ultimatum.. If I get no levels at all, nobody will ever see the game. 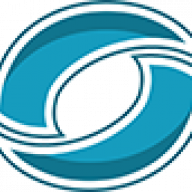 Sounds great. If I enjoy the PC version, I'll probably make some levels.

Reminder
Levels should be with me by Saturday.
If no levels are submitted, no game will be released.
It's like Shareware, only it doesn't actually cost you anything.

Thinking
I'll keep the game 100% backwards compatible with the original PC version, because.. it obviously needs that!
But since I'm adding scrolling, and a minimap, I can make the levels 32x24 blocks in size, as opposed to the PC's 25x18, so bigger levels will be do-able.
In addition to that, I might add some new objects into the game, which I introduced in the PC game "Munky's Block". It's kinda the same, but also kinda different.
These advanced levels will only be editable using the ingame editor, so if you want to make levels with those, you'll have to wait until I send out the beta edition.
(Hopefully should be ready by Sunday, although that's entirely up to how much of the game I actually get done!!)

Redrawing all of Munky Block's sprites.

32x32 pixel sprites might look super on the DS, but with so much to draw, and such big levels, things wouldn't work out very well with only 8x6 blocks on the actual screen. So everything's being redrawn to fit in a 16x16 pixel scale instead.

Started off resizing the plain wall/floor sprites. Looked ok, but the grass lost it's niceness.
Drew new grass to sit atop the floor, looks nice!

Drew new blocks so they'd look half decent on the DS. Added 3 dark dots per block, so if you're colour blind, you can hopefully still work out which is which! (No guarantees, but at least I bothered to try!)

Set about redrawing Munky, and am about halfway through redrawing all his sprites.
Giggling at his eating animation again! With the sprites ready and able, and the resized (couldn't be bothered drawing them again) tiles for the minimap, everything got popped into a basic template, and a tilemap was generated.
Using my usual method of "random blocks on a piece of floor" to test the basics with, I've started giving our munky a few little bits of gameplay physics.
He's not got up to the point where he can eat the blocks, yet, but he can at least run around and jump up onto the tiles.
Hurray!

The game is coming together.
Although, the vanishing's not working, yet, that'll come later!

I also need to consider what I'll be doing for the background. Haven't a clue about that! btw nice to see the first screens of the ds version

*phew* I was getting worried there for a moment!!
Thanks, Tsunii!

I can't seem to find the level editor anywhere...Noooooo!!!!! I can't make an extremely complex and horrifically hard puzzle! (xD I probably can't make one that bad...)
U

jurassicplayer said:
I can't seem to find the level editor anywhere...Noooooo!!!!! I can't make an extremely complex and horrifically hard puzzle! (xD I probably can't make one that bad...)
Click to expand...

From the first post http://jayenkai.socoder.net/GameList.php?ShowJust=59
The level editor is included with the game.

I made a couple of levels yesterday but I raged since i screwed up making it so I deleted it :\. I'll try again.

jurassicplayer said:
I can't seem to find the level editor anywhere...Noooooo!!!!! I can't make an extremely complex and horrifically hard puzzle! (xD I probably can't make one that bad...)
Click to expand...

start the game -> press e -> start creating your own levels

you also need to test your levels before you can save them
once saved they will be added to the pak "Myself - My Levels.pak", so if you have finished your pak just rename it and you can start with another one

The game might be expecting "Myself - My Levels.pak", so shove a plain text file in there and rename it to suit. (right click inside folder, New, Text Document) Oughta work better with that! (a case of, woopsi, forgot to test it without!)
If that doesn't work, just cheat and unpack it again!

No work achieved, yet, today.. Haven't sat down to start yet!
R

Your game seems pretty interesting, and i would love to jump in and help you out in the graphics department if that's something that might interest you.

I used to work as a pixel artist a few years ago, but ever since i started law school, i sort of dropped all art related stuff.

So like i said, i would really like to collaborate on this, i could certainly revamp the graphics and animations, and if all goes well, maybe we could work on something else.

Cheers, ill be waiting for your answer.

xD I figured out what I had wrong (I was screwing around with Munky's Block o.0 I don't even know how I got that one instead...xD my computer is strange...). I made five levels! Woot! (but they don't seem very hard...)
Here are the levels I made (hopefully they are unique):
MunkyJurassicplayer

Thanks Jurassic (although, to save some time for yourself, if you keep saving over and over, all the levels will pile up into one file, as opposed to having lots and lots of files!)

@rinajati, help very much appreciated, but I've actually already done all the "required" art for the game.
It's all looking nice and neat, and I'm happy with it.

Once the first release is out there, though, it'd be nice to have some alternate world graphics.
So, if you really feel like helping out, wait until maybe sunday, and I'll include a simple tweakable image that you can use, and make some nice new looking skins for the game.

Lacking somewhat after having spend most of yesterday doing something other than what I blinkin' well wanted to.
*sigh*
Relatives visiting = much less coding.

Gamewise, I'm about to start loading in the old level format. Hopefully this bit works, or the whole endeavour's about to fall apart!!!
The only major difference I've made is that the "alternate pink" block has now become a blacker block. This is just because it's a bit awkward to see on the DS.
Annoyingly, the current black background has made the black block practically invisible.
Soooo... yeah, I need to retweak that again!

Plenty to do by Sunday!!

jurassicplayer said:
xD I figured out what I had wrong (I was screwing around with Munky's Block o.0 I don't even know how I got that one instead...xD my computer is strange...). I made five levels! Woot! (but they don't seem very hard...)
Here are the levels I made (hopefully they are unique):
MunkyJurassicplayer
Click to expand...

really nice and unique maps you made there

but you should keep the 5 maps in 1 pak

Tsunii said:
really nice and unique maps you made there

but you should keep the 5 maps in 1 pak

xD I didn't know how to keep them together at first (now i know though). I'm making more maps now xD.
You might have not been able to get it just yet, but remember that it is possible (just go right to the edge and then press up).
R

Good luck with your game then.

If I showed you a screenshot, you'd be mistaken to think I've done sod all! Spent most of yesterday getting the basic tile stuff to work. Blocks fall, blocks smash, good stuff.
In addition, levels are now loading, and if I could manage it, I'm sure this level would be entirely playable!

Still loads to to.
Yikes!

Saturday's the day I'm at work the longest, so not really much time to do a lot of work today.
I have, however, started to add audio to the thing.
Opening up Modplug Tracker I made a nice ye-olde .mod file for the title theme.
I then grabbed some sounds from the old version, and battered them down to DS audio format.

Munky now eeks, and ooks, as he hops around the level!
How luvly!

I still haven't sorted that background out, yet!

Zomg! That is a level I made xD! That is awesome. I'm still trying to make some more levels (once I get another two levels, I'll have made 10+1 xD). I've got a slightly evil level that takes at least 8 minutes before anyone can complete it (it was a pain to save it, it took me a couple tries to win xD), which is why I think having that separate doesn't make a player lose heart when going through the other levels I made xD.
You can have a go at the evil level if you want:
Evil Level