Well for DSi owners this is a treat, for normal DS owners, a bit of sadness (myself included). Looks like the original Rayman from 1995 was released on the DSiWare store today, and it seems fairly faithful to the original game. Have a peek at the first footage-

I'm a huge Rayman fan, and have played the original many times (and beaten it completely several times as well), so i know most of the details of the original. Here are some things i've noticed about the DSiWare version-

- Clearly a port of the first Rayman from 1995 (before the Rabbid crap)
- Appears to use the original graphics AND high quality music
- they changed the ice blocks in Band Land (at least this level) to black, they were white and blue. Might just be this level though...
- lifebar can get MUCH longer now. Up to TEN hits instead of the original's five. The GBA made it longer @six hits, but not nearly as long as this.
- new (and it appears, mostly useless) minimap on the bottom screen. Just shows a larger view with your position and some platforms, no secrets
- Looks to be based on the PC/DOS version judging from the sound effects. The tings make a popping sound like DOS, instead of the console version's chime.
- view is smaller field of vision, thanks to smaller DS resolution. Doesn't look that bad though. Rayman Advance was much worse.

So seems to be a pretty decent port with some strange changes. Check it out though, according to GoNintendo, it's out on the DSi store right now for 800 points. And I can attest that you can do a lot worse than the original Rayman, gorgeous game when it came out, still is!

The original Rayman was the only one I enjoyed from the series. I wish it was a cart instead of DSiware

EDIT: Also, am I the only one who thinks the chime for those blue balls sounds better than the popping noise?

Nah, I grew up with the popping sound on the DOS version, but yeah the chime is a better and much more fitting sound for a crystal orb.

(for the record, i wonder how big this game is in megabytes, the original was a CD game, most of the data being the music. It was several hundred MB originally.)

And yeah, i'm pretty damn mad it's not on a cartridge. They could have made more money that way, this slipped under the radar. I have no way of playing this particular version, and it really has no business being on DSi. The only DSi feature is that it snaps your photo at checkpoints. Worthless, just worthless...

Oh well, maybe we'll get a REAL Rayman 4 some day soon. Might be interesting to get a high definition 2D rayman, or a nice looking 3D one. Can't beat Rayman 1-3, any of those are awesome.

I wonder why Ubisoft refuse to release good games (Rayman) on the cartridge while still churning out 5+ Imagine games a year.

Big fan of the original Rayman. I didn't even know about this, but I'll surely be grabbing it tonight. Thanks for the head's up.

i want a new rayman

omg rayman for the PS1. Legendary. 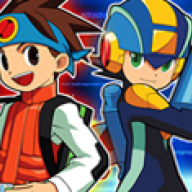 Only if i had DSi Points...

EDIT: Slightly related... but i heard that they are making a new proper rayman game after this last rabbids one? maybe just a rumor...

How much does it cost?

Fabis94 said:
How much does it cost?
Click to expand...

I liked the chimes better...

Anyway, it seems like a good port. I loved the original on PC and Gameboy Color, even though I found Rayman 2 and other Michel Ancel games to be a lot more impressive. This brings back memories; I would get it for that price if only I had a DSi...
F

Its like the DSi is getting its own Virtual Console

Sorry for bumping such an old topic. But is this game long, like you won't beat the game in a day or two? And this game is a port of the GBA version? What exactly is this a port off and what handheld was that port in? Worth the 800 points?