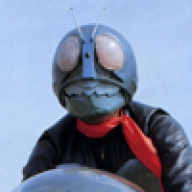 Is there any way to get a hold of a flashcart in Tokyo, or is it actually impossible? I recall a lot of hullabaloo about Nintendo caring about them for once.

I unfortunately updated my 3DS firmware a while back, so my Acekard 2i is useless. Am I screwed for the rest of the year til I get back to the US?

You don't want the R4i Gold Pro, it doesn't have native Wood support, it's by a different team not related to the Wood-supported R4i Gold.

Your best bet, like everybody else's, is to import and hope that the shop knows about to disguise the package to get through customs.

Since you live there, you probably already have a pretty good idea of Japan's overall attitude towards piracy (zero tolerance). I don't think you'll be able to find an R4 anywhere in Japan anymore. Even before R4s and devices of that ilk were outlawed, they were sold mostly in Akihabara, and the signs in the stores said something to the comical effect of "R4s sold here. Don't ask us what they're used for; we don't know."

In my experience, any time someone shipped me a care package from the US to Japan, the box was always opened and inspected by Japanese Customs before I received it (thankfully they never confiscated anything). I don't know how knowledgeable Japanese customs officers are about R4s, but you would probably be better off ordering a Supercard DStwo because the name is not nearly as recognizable as "R4" therefore less likely to be confiscated.

C
Hacking R4i gold pro, what kernel to use with original DS