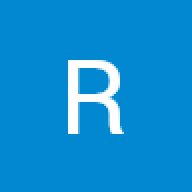 Hi I don't usually do this and I'm new to these kinda techie stuff but I have read about other problems about this stuff but I just can't seem to understand. I have a 2021 R4 SDHC Gold Pro Cartridge on my DSi and I've played Pokemon games mainly pokemon white and Black 2. The Micro Sd card i use for the R4 is a Sandisk Ultra 32 gb I have formatted it to fat32. I already have the YSmenu to bypass the timebomb thanks to Youtube.

I've been playing pokemon white for about 3 days now and then all of a sudden when I booted the game up it says that the " save file has been erased due to corruption or damage" and all my other games where I have saved also disappeared. So what do I do to not repeat this again? or anything that i should know of? Thankss!

Try reformatting the SD card and testing it with h2testw or f3, as described in dsi.cfw.guide's formatting instructions. If you want to try recover any data do that before formatting and testing though, no guarantees it'll get anything but if you're lucky you may get something back.

If testing the SD comes back with problems either the SD is dying or it's a fake. If it says it's fine then I'm not really sure why that would've happened... I guess make sure you're never turning off the console mid-save and perhaps still consider getting a new SD card, this isn't a common occurrence so it's probably either a bad SD or bad luck in some way.

Also, making regular backups never hurts, even if it's a good brand SD cards still aren't known for being the most reliable devices. A backup will always be better than trying to recover data after it's lost.

PS. "2021 R4 SDHC Gold Pro Cartridge" isn't super useful in identifying the card, from the 2021 and the fact that it runs YSMenu I assume it's an r4isdhc.com card, on clones with a website the website and year (if it has one) are the important parts.
Reactions: mallow123 and Takokeshi

thank you! i have reformatted the SD card and Tested it with h2testw and here are the results

does this mean the only choice i have is to buy a new micro Sd card?

mallow123 said:
thank you! i have reformatted the SD card and Tested it with h2testw and here are the results

does this mean the only choice i have is to buy a new micro Sd card?
Click to expand...

Sounds like it, make sure to buy a reputable brand from a decent shop as fakes are common and cheap ones online tend to be garbage quality even if they aren't fake.
Reactions: mallow123

Save file to real cartridge

V
Copy a Twilight Menu DS Save to a Physical Cart