Hardware [Question] What is "disk cannibalisation"? 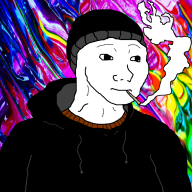 I found this article.

From what I understand the article talks about an overproduction of flash chips, making SSD's fall dramatically in price. But it uses the term "disk cannibalisation" which I can't really tell from the context. I tried searching on google, but I didn't find an answer. Can someone please explain?
Thanks

It just means that SSD sales will eat into HDD sales, as SSDs become cheaper. The term can be used for any time a company makes 2 competing products, and one eats into the sales of the other (the company cannibalizes itself).
Though this isn't always bad.
Last edited by Edgarska, Aug 15, 2018
Reactions: SpiffyJUNIOR and TotalInsanity4

Pretty much what Edgar said.
SSDs and flashbased media is the future, seeing that SSDs are not only faster then conventional harddrives, they also lack mechanical parts thus theoretically last longer and are better protected against shocks (imagine having a tiny harddrive in your phone that bounces up and down every single day).
Conventional harddrives are slowly disappearing (you can already see it in laptops), they won't be gone overnight tho, Betamax has been in production until '16 and it competed with the VHS, an invention that is 4 decades old.

Anyway, it means that SSDs are becoming the new "harddrives".
Affordability and mass storage.
High performance drives like NVME/M.2 etc will become the equivalent of todays SSDs.
Higher price for premium speeds.

These days the only reason to have a hard drive is if you need large amounts of storage for data (usually for archiving, e.g with video). The speed benefits of a cheap SSD makes all apps run significantly faster, and 128-256GB is enough for most users to do their work on.

Laptops are moving towards M.2 for the small form factor compared to the bulk and weight of 2.5” drives. The trend is to make laptops thinner and lighter.

Hardware How long will our wii's NAND flash keep working?