​
It's the year of delays folks, it and it's hitting all platforms it seems. Remedy Entertainment, developers of the Alan Wake franchise, have just announced the delay of Xbox exclusive Quantum Break to, "Sometime next year."​
​
Also confirmed is the delay of the Quantum Break TV show counterpart, which is stil in development according to Remedy.​
​

“We thank our fans for their patience, and want them to know that the team is taking advantage of this opportunity to polish and fine tune the game to create the kind of standout entertainment experience they've come to expect from us," he said.
Click to expand...

​
SOURCE​
Official Website​
​
Phil Spencer had stated earlier this year that, "Microsoft's 2015 lineup was so stuffed with great games that the company might need to move something," so I don't think it's that big of a surprise the game is coming next year. And again, more time, more polish, and we avoid the horrible buggy mess that was last year's holiday season.​
D

Sounds like they're delaying the game to match the show's delay. 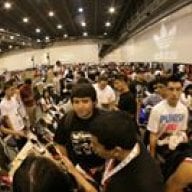 definitely to match the release

Alan Wake could be getting a TV show adaptation