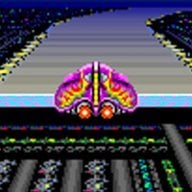 Hi. I picked up a cheap second hand PSP 2002. The owner didn't have a battery or charger and wasn't sure if it worked or had any issues with it as they hadn't used it in a long time.

I got it home, put a battery in it and it starts up fine but I found the D pad doesn't work at all. I can't move around the menus or use it in game.
I was able to load up a UMD and found the analog stick works fine in game. All the other buttons seem to work fine, it's just the D-pad. I even opened the PSP up and checked the D-pad and the sensor are ( or whatever it's called) and it seemed fine.

Was wondering if anyone knows what possible issues could be causing this?