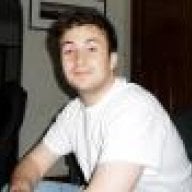 So i recently purchased a 3ds and decided to delve back into the world of Pokemon.

It has been a significant amount of time since i have played this series and Gold/Silver was my last adventure.

After somewhat 13 hours into Pokemon X it feels like it is lacking a sense of exploration. I know these games are intended for a younger audience but it just seems so structured and linear from how i remembered it. What are you thoughts on this?

I had thought about purchasing Pokemon Ultra Sun next but wasn't sure if it is more of the same? Great to hear some of your thoughts 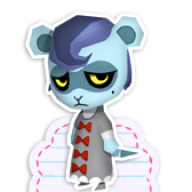 Later games do have more sense of linearity, although I'd still say that content wise, X and Y were good. In my personal opinion, the best generation was 4. Not because of the pokemon necessarilly, but because it was Diamond, Pearl, Platinum, HeartGold, and Soul Silver. They all felt like masterpieces in my eyes. X&Y are next on my list of favorites.
Reactions: Deleted User and MrMcTiller

froggestspirit said:
Later games do have more sense of linearity, although I'd still say that content wise, X and Y were good. In my personal opinion, the best generation was 4. Not because of the pokemon necessarilly, but because it was Diamond, Pearl, Platinum, HeartGold, and Soul Silver. They all felt like masterpieces in my eyes. X&Y are next on my list of favorites.
Click to expand...

I agree there is a great amount of content and variety. I am enjoying the game, it continues to surprise me. I will continue to play and see whether my curiosity peaks any further. 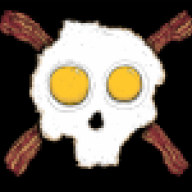 i say this as a big pokemon fan, I find all pokemon games to be frustratingly, intractably linear, even from the very first generation. I don't remember X&Y being any different or very much worse than other generations in that regard, but I also don't disagree with your assessment.

I thought X&Y were just okay in terms of story and content. I like the new Gen 6 pokemon and some of the new touches like the Battle Chateau were neat, but the villains were boring IMO and the story didn't do anything for me. the side cast of characters was a real low point for me, i didn't like this gaggle of children following me around and worshipping the ground i walked on. rather than giving you just one underdeveloped NPC to be your rival, X&Y gave you 4-5 super-underdeveloped NPCs to be your adoring fan club. no thanks.

Generation 5 (Black&White) is my favorite, i think, and i've really been enjoying the generation 7 (Sun&Moon/US&UM) games because of some cool new ideas like replacing HM moves with the Pokemon Uber system, but they still all feel suffocatingly linear and excessively hand-holdy to me.

the pokemon franchise has been stagnant for years now, and it needs a radical innovation on par with Breath of the Wild to reinvigorate it.

I am a huge pokemon fan. the best games are imo HeartGold and Soul Silver. also black/white and black 2 /white 2.

doesnt mean the others are bad, just the ones i had the most fun with. you should give those a try.
D

Pokémon games always were rather linear, but the later ones especially seem to suffer from straight-line syndrome.

Some may see this as a good thing, preventing stuff like backtracking and traveling around without a clear objective, but some miss the (slightly) more open-ended nature of the earlier games. It largely depends on your personal tastes.

If you feel that the game is too linear, try focusing on the other aspects of the game, like building up your Pokémon collection, catching every Pokémon on a route, or grinding your team to a certain level.