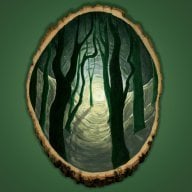 Hi guys!
I just signed up because I wanted to ask a question which I haven't seen has been asked anywhere, maybe because it's a stupid question but I guess we will find that out in due time.
So, just today (I know I'm a bit late to the party) I fully realized that the games from the PAL Region are slower than games from the NTSC Region (because of the Hzs and the FPS' and whatnot) and I was wondering if, when playing a SNES ROM on my n2DSXL (that was installed through an Injector as a .CIA) there would be any speed differences?

I wanted to try it out myself, but wasn't able to.
So does anybody know? Do on the n2DSXL NTSC ROMs "run faster" than PAL ROMs?

Thanks in advance, have a nice dayyy 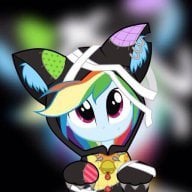 NTSC > PAL in all cases of retro (bar a few select instances).
If you play the games through emulators, which is what the VC on the 3DS is, the PAL counterpart will be slower for the reason stated.

ManuelKoegler said:
NTSC > PAL in all cases of retro (bar a few select instances).
If you play the games through emulators, which is what the VC on the 3DS is, the PAL counterpart will be slower for the reason stated.


Sent from my iPhone using Tapatalk
Click to expand...

nikito said:
I'm guessing the same applies to Sega Geneis/Megadrive games, too? Good to know, thank you!
Click to expand...

Eeyup, the easy way to say it is just to spare yourself the headache and play ntsc, for retro games if anything, because only in rare cases is the game optimized for Pal (meaning it not being lazily slowed down for easy money, also taking into account the extra lines of resolution pal offered back then), and most if not all games from pal were 50 hz as opposed to ntsc’s 60hz which is inherently superior.

You might recall some Gamecube games like Super Smash Bros. asking you if you want to display the game in 60hz.

The developer Rare did a good job of optimising their N64 games for PAL regions. The PAL copies had lower framerates but higher resolutions, the differences in the music and gameplay speeds were negligable. If I recall correctly the PAL version of Tales of Symphonia on the Gamecube has a better font than the NTSC version.

Not sure how things will go on the Switch but given that PAL owners can easily buy US and Japanese releases, PAL50 on the virtual console will soon be an issue of the past.

ManuelKoegler said:
NTSC > PAL in all cases of retro (bar a few select instances).
If you play the games through emulators, which is what the VC on the 3DS is, the PAL counterpart will be slower for the reason stated.
Click to expand...

Apart from Rare games on the N64 are there any other cases of the PAL copy being superior to the NTSC copy?
Last edited by , Jan 31, 2018
Reactions: ManuelKoegler

leafeon34 said:
Apart from Rare games on the N64 are there any other cases of the PAL copy being superior to the NTSC copy?
Click to expand...

Not specific ones I would be able to name, but I’d say focus on european devs in this case, because EU was their first audience, they were more likely to focus on building a good product for PAL and then focussing on making it work well with on NTSC as well. 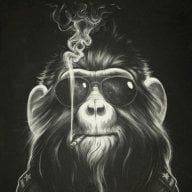 psx games have a better resolution on pal systems

Case by case basis, and you’re still limited to 50hz at best.

Another thing that hasn't been mentioned yet is that the 3DS and 2DS have a (close to) 60Hz refresh rate on their screens, so NTSC games will look much smoother. When running PAL games, there are only 50 frames to display per second, but the 3DS still needs 60, so every ~5 frames you'll get the same frame repeated twice. You might not consciously notice this, but it's certainly not as smooth as displaying a new frame every ... frame.
Reactions: ManuelKoegler and Pickle_Rick

considering buying a n2dsxl to hack; had questions

M
I managed to extract SNES roms from VC. With working audio