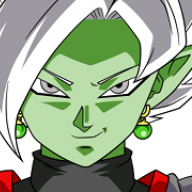 Has anyone else noticed a grain effect on the bottom screen of their fat DS? All pictures I've tried to take of this failed to show it and it's not the same issue the DS Lite has with certain screens not having the same color temp as earlier DSL screens, as the colors are exactly the same, I think it's the digitizer.

A good way to describe this I suppose is a grainy filter that looks like you just dried the DS with a paper towel, with the water doing that red green blue reflecting color thing it does on lcd screens. On the health and safety screen I noticed the grain kinda hovers away from all the text, probably because the grain isn't being illuminated by the led since the text is black.

Other than that the top screen appears 100% normal, I did purchase this off ebay and it is in extremely good condition but I wouldn't know if maybe the seller replaced the bottom screen with a 3rd party one.

Anyone else noticed this on their og DS bottom screens?
Last edited by KyleWest, Dec 7, 2017

@ Veho: But it doesn't have a speaker or battery. 1 minute ago
Chat 3