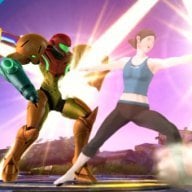 I have an old orginal xbox lying around and was wandering if there was an easy way to softmod it. I dont have the game exploits (Splinter Cell) or a female and male USB accessories.

Is there a way to hack just using internet and some downloaded files? OR alternatives?

Got the softmod running using unleash X and SID 5.12

At first I heard that you can use an iPod 2nd Generation through various other guides and forums on the net. I used my ipod 2nd gen, the xbox was able to format it, but as soon as I used Xplorer 360, the files wouldnt show up on my xbox when I plugged the iPod back in the Xbox via the xbox adapter/female usb cord. I then used a Duracell 4GB USB to get it to work with success.

You can hotswap it, but I don't recommend it as it can kill your harddisk.
Reactions: WiiFit_Guy

DinohScene said:
You can hotswap it, but I don't recommend it as it can kill your harddisk.
Click to expand...

I was thinking if this way would be any good?

That's hotswapping yes.
It will work but you'll have to be careful.
Reactions: WiiFit_Guy

I purchased an Xbox. I want to swap the internal HDD and soft-mod it...

D
how do i update dashbaord or remove softmod?

@ AncientBoi: [sends Washington after them] 24 minutes ago
Chat 2