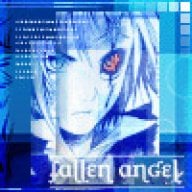 Ok so I was going through some of my ocarina cheats for Mario Kart Wii and noticed that there was a cheat for Gamecube controller support.

Is there any way some one could make a cheat like that but for Okami?

I'm not asking someone to make it for me I'm just asking if it is possible.

It won't be a Ocarina code you need but for someone to hack the game and release a patch to be applied to the game. Good luck on that.

Oh ok. Thanks for the input.

And that just goes to show how much I pay attention to the back of my wii games lol.

Also if it's not to much to ask how diffcult would it be to do said hacking.

fallinroxas said:
Oh ok. Thanks for the input.

And that just goes to show how much I pay attention to the back of my wii games lol.

Also if it's not to much to ask how diffcult would it be to do said hacking.
Click to expand...

Very hard, near to impossible. The code for the controlls are in the game, and editing it is nearly impossible without the source. And the source for Okami won't be released, for shure (not to mention how hard it would be to change the Pointer-Controlls to GC-Controlls). It's just impossible I guess, because I NEVER heard of a Controll-Hack in the whole Wii-hacking History...and I've been around here since the beginning. With so much things already achieved, this would probably already be done if it would be possible.

Okami's gameplay with Wiimote is really an added value. If you don't like it, you should try the PS2 version

I have the PS2 and Wii versions. I like the more colorful graphics and the controls are a bit...touchy.

Also thanks for all the input I was just wondering.

There's an ocarina code to remap the waggle function to the 1 button if you want to try that out. Don't think you're going to get GCN support via Ocarina though.