Hacking Need some advise and guidance ;)

So after buying my Switch I barely touched my (new) 3DS XL or (new) 3DS. The thing is that I found the 2 laying around yesterday and I was asking myself: why on earth do I have 2 3DS systems? Well... long story short: The (new) 3DS is an anniversary edition. So there are some faceplates on there that are not ligitbly obtainable elsewhere. To make things even more interesting: it has a transferred anniversary license on there from my first 3DS. So the games Metroid Fusion, Wario etc. are also on there. (does that make it an anniversary anniversary edition? Or a anniversary U edition? )
The (new)3DS XL is the Zelda edition and is fully loaded with all the Zelda games (yeah... I really like those games ). And there are a lot of other games on the (new) 3DS XL system as well...

Should I sell my anniversary 3DS and keep the 3DS XL? And perhaps flash the 3DS XL so I can play the anniversary games on that system as well?
The thing is that I always update my consoles (my 3DS anyways... Switch is another story). So what are my options? And what would you do? 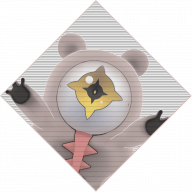 I would'nt sell any of my systems. I recently got my fifth system since the 3DS first release (new 2DS XL) just for collector reasons.

In terms of flashing you should be able to get B9S by following this guide: https://3ds.guide. Only thing you will need is compatible flashcart.
Reactions: BvanBart

So even because I am not using it just keep it? Collector reasons never really had me for consoles. Games are another story though!
But I will look in B9S thanks!

I
Hardware Hacking Homebrew My N3DS XL 11.16 wont boot if I inserted my SDCARD. Blackscreen Only