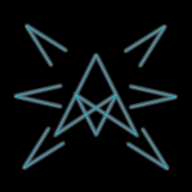 After looking over the current tools in the Wii U, I noticed none of them had a simple "batch" process. The injectiine app stated it had a "batch interface" but, no, only 1 game at a time... So, I took that tool, and made it better, at least the concept.

This is a python script, or .exe, or whatever you use that packs games into a WUP installable format, because loadiine is obsolete.

Why would I use this?

You are a pirate, er, emulation enthusiast, that wants to play, or have the option to play, all DS titles at any given moment without the use of BOTW emulator, CemU... Basically, you want to make all DS games ready for installation but don't care about fancy art.

How does this work?

At first, I was reverse engineering loadiine, but came across so many bugs, I just study the core of it, seeing what it called and basically did... In the end, it was NUSPacker wrapper, so I wrapped it up myself. This is a leeching script. Instead of actually creating resources, it leeches off of existing ones and just crams them together. It doesn't create an XML, doesn't download a base, doesn't make or verify TGA, or anything. It just does what it was meant to do.

adds the names of games and sequential codes into the xml (it does not create an xml from scratch, I tried, it didn't work, so I just did it this way.

Tells NUSPacker to do stuff

And that's it... Unlike other apps, it won't delete your games or Base folder after every game (All this does is annoy people)

It does something, otherwise I'd just upload a print statement giving the "bird" emoji. But...

If you did the whole NDS collection right, it should shrink from 349 GB to 309 GB

Also, might cut some steps out by uploading the folder structure myself, and empty files of where stuff should go, but I am NOT uploading copyrighted code.

Why should I trust you?

You shouldn't, you don't know 0me, I have no reputation or anything... and on my free time I compose exploits for fun(I find more holes in my work's apps than their bug team finds in a year, not that they look). Feel free to look at the code.

Oh yeah... I take no responsibility for the damages you cause with this script. "As is", and, "No Warranty" guaranteed.
Last edited by 78_Alpha, Sep 7, 2019
Reactions: Chakratos

How to play super Mario sunburn on the Wii u gamepad