just a small thread to advertise my PC-98 translation projects a bit, as I know some of you might be interested

I'll include the age rating for each game.

Sequel to the first game, and a huge step up from it. Better graphics, harder challenge, cheesier story, more variety in ennemies and available strategies. One of my personal PC-98 favorites.

Menus and graphics are complete, only the script remains. It's way larger than the first game's script, so it might take some time.

Known under our latitudes as "Knights of Xentar", with an english script that was basically a spoof (complete with jokes about Donald Trump and Lady Diana), awful music conversion, censored hentai and the worst dubbing I even had the displeasure of hearing. Otherwise, it's a fun game, mostly because of its goofy atmosphere (even if it can get pretty serious at time) and great art. The gameplay itself is pretty subpar. I'm retranslating it mostly for nostalgia value (it was my first H-game, along with True Love, something like 20 years ago...) and also because it's fun to rediscover the game with a more faithful rendition.

The menu will need a lot of tweaking and the script is way longer than Lakers, but the engine is more flexible and more forgiving when you make some modifications, so it's not something that should be too much of a hassle.

Cult classic T-RPG with an awesome art direction, cool music, and an awesome sentai-meets-magical-girls like atmosphere. Oh, it also has some interactive sex scenes. Replaces the menu-only version I published last year.

An early Elf action game, reminiscent of some very primitive version of Deshing Desperadoes. Except you lead a female runner team and there is a bit of strategy and resource-management involved (not to mention pathfinding for the later levels). Notable for being one of the few eroge that can actually be played in competitive 2 player mode.

An early strategy game by legendary eroge publisher Elf. Not their best work, but an interesting piece of history.

YU-NO: A Girl that Chants Love from the Edge of the World (December 2021) (Warning : Adult content)

One of the most influential VNs of the 90's and Elf's most famous work. Based upon TLWiki's translation of the Windows version.

They're not quite as polished as my later works, but at last they can help you if you want to play these games and don't know any japanese. Lakers 3 and Dante both come with a full walkthrough.

The Lakers patches are no longer on RHDN. Lakers 1 now has a full translation, so the old version wasn't relevant anymore. I've uploaded the other two here, on GBATemp :
Lakers 2 menu patch
Lakers 3 menu patch

, and congratulations on the release of the Foxy translation. For some reason this thread had gone unnoticed by me, partly because I was expecting an update to the old thread. I'll take a look at this game, but generally these older pc-98 games are very difficult and repetitive.
I eagerly await news about your other new projects, perhaps a complete translation of one of the Lakers series titles (but I'm afraid I'll be waiting in vain...

Thanks ! Fear not, Foxy is not a really hard game. Actually, the IA can be cheated quite easily, especially on the later missions. You can actually finish it in 4-5 hours (less if you enable no wait mode on an emulator). It's a cakewalk compared to later Elf strategy titles.

And you can already watch all the event scences except the ending from the sp disk menu, without having to play though the whole thing

I'll definitly return to Lakers at one point, but in the meantime I'll be working on some less text-heavy games. I've already got two current projects in the works, but won't announce anything before they're in a presentable enough state. I'm quite busy with some irl stuff atm and I don't want to generate some false hope for a fast release on either of them ^^
Reactions: Nikokaro

Time to unveil one of my next projects, as it's about 75% complete ATM... 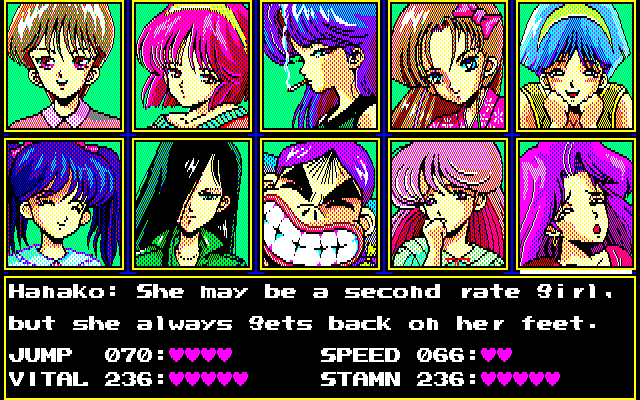 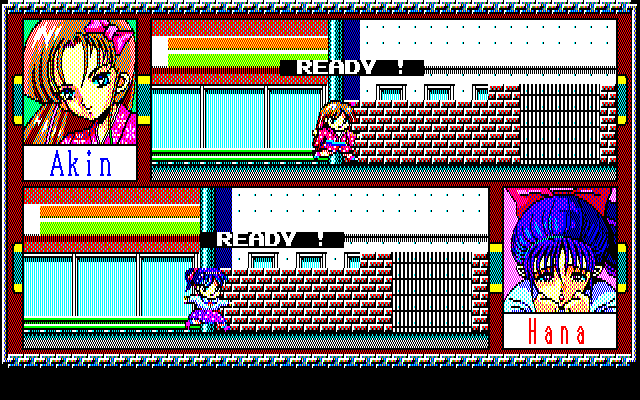 Another early Elf game, first released for the PC-88, then ported on the PC-98. This time, it's an action game, reminiscent of some very primitive version of Deshing Desperadoes. Except you lead a female runner team and there is a bit of strategy and resource-management involved (not to mention pathfinding for the later levels). Notable for being one of the few eroge that can actually be played in competitive 2 player mode.

It's a pretty short game , very light-hearted and silly. It's also kinda sluggish, but can become perfectly enjoyable if you boost the CPU power a bit (say 2x or 4x to make it more of a challenge).

Expect a release quite soon. The testing phase may be longer than the translation itself ^^

BTW, the next project is still in the very early phase and will require a lot more work. But the wait will be worth it
Reactions: Deleted member 323844 and Nikokaro

Wow, that's just what a lot of us have been waiting for......So many great memories....

Maybe you could make it less difficult and stressful by increasing the experience points that are awarded. Would you be able to?
Last edited by Nikokaro, Mar 22, 2022

I won't mess with the game data. But it will be easier to grind on emulator by enabling fast foward. Battles are automated in the PC-98 version, so the trick works nicely
Reactions: Nikokaro
L

WOW! Keep up the great work man, always nice to see translations for hardware that us, "English speakin folk", never got the chance to experience.
Reactions: BabaJeanmel

A quick glance at the Lakers 1 full translation I'm working on at the same time : 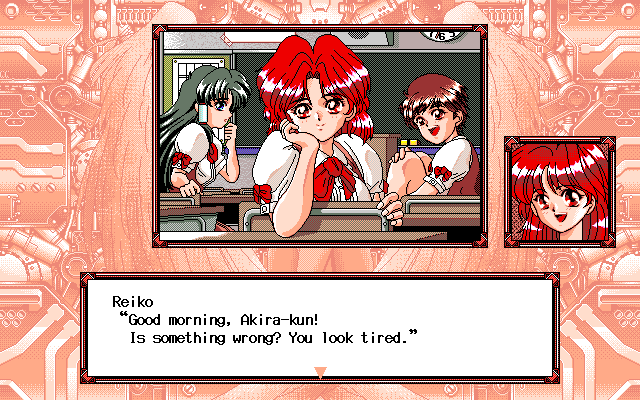 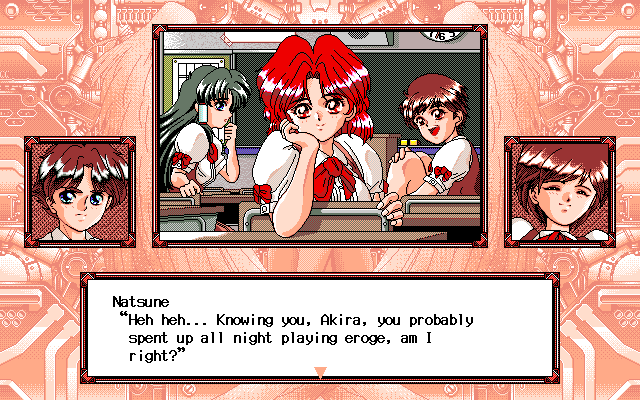 Updated first post with my latest progress. Here is a video of the beginning of Lakers as a bonus. 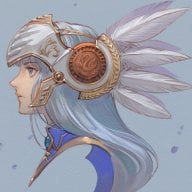 Always nice to see the PC-98 getting exposure. I'm glad your translation projects are getting a boost too! I know that you post progress actively on discord (Probably the only English PC-98 community on there) but you'll definitely reach more people here.
Reactions: BabaJeanmel

Thanks ! I'm planning to do a little website to centralize everything, I'll let you know.
BTW, Lakers is more or less 35-40% done now. After finishing the text insertion, I think I'll send it to QC to a few testers while I work on DK3. I want to make sure the english text is clean enough before publishing it.
Reactions: Nikokaro

Just FYI I uploaded my finished patches there (oldies-retro/other oldies/games fixes & patches section) . They might be easier to find from outside this way
Reactions: oji

I'm actively searching for a graphics editor to work on the title screen. It just needs the english title ("Holy Girl Force Lakers") to be inserted in a similar style than the original. Feel free to contact me if you're interested 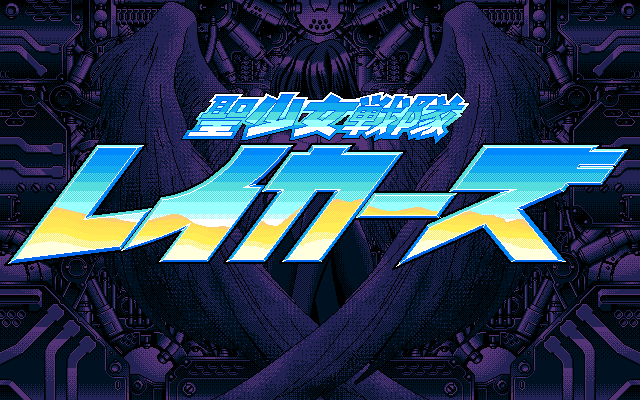 EDIT: Done, here it is 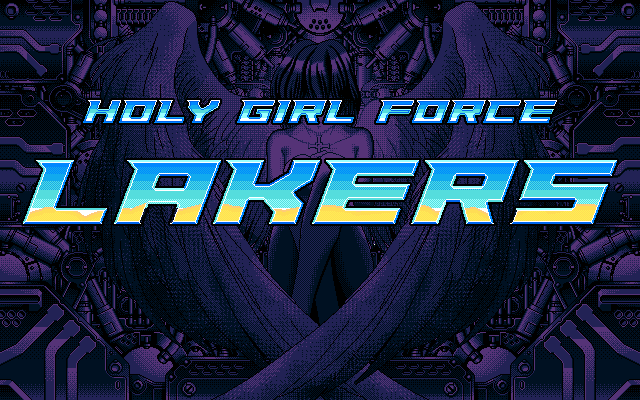 Lakers 1 in testing/proofreading phase. And actually, Lakers 2 has already begun! The same people (Anata and Kirinn B.) are involved on the graphical part and have done an awazing work, so I figured it would be nice to give you a little preview!

Menus are mostly done, all graphics have been edited, but hacking will be a bit more complicated, especially on the animation part. I'll begin to work on the script when these issues are sorted.

EDIT: Intro works! You can check it there: 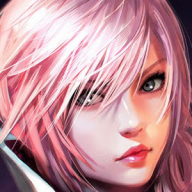 I love the aesthetic of these pc98 games, the pixel art is beyond gorgeous and I have long since lamented a lack of translation patches for the original ROMs since I much prefer playing visual novels on portable devices.

The Asenheim Project was our best bet until now, but this is much better! I don't know what your long term plans are, but if you can keep porting existing translations to the original pc98 versions that would be incredible

Thank you for all your work so far regardless.
Reactions: BabaJeanmel

I'm not planning to do any more script ports ATM. I'm more motivated in doing new stuff from scratch.

As for my future plans, I must first release Lakers 1 (should not be too long from now, tests are going smoothly), then I'll finish Dragon Knight 3 and do Lakers 2. Then we'll see
Reactions: Stellar 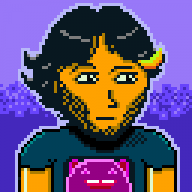 I really wanna play PC-98 but they’re usually the type that I would rather play in bed or when I’m out and about. Anyone have any luck with playing them on a handheld of any sort? Playing the Phoenix Wright trilogy on DS made me this way I guess.

I was actually considering one of those anbernic handhelds specifically for running visual novels but not sure if there’s a PC-98 core available for them, if anyone has one I’d be interested in hearing if these translations run.

Thanks so much for the Yu-No translation port. That will be my first go-to since I’ve wanted to play it for a while but was always annoyed that the Windows version’s graphics are worse in my opinion to the nicely pixel dithered PC-98.

Segger said:
Anyone have any luck with playing them on a handheld of any sort?
Click to expand...

Of course! You can play it on PSP via Neko Project 2: it has very good compatibility, very fast gameplay and near perfect sound. In contrast with Retroarch PSP, using NP2 core, the games are too slow and unplayable.
Pictured below: Dead of the Brain, a legendary horror-VN recently translated into english, which I highly recommend.

@ Skelletonike: I'm still happy with my BS3 9 minutes ago
Chat 1