I have 3 Acekard 2is bought in December 2009, all from Consolesource.com. In the last month or so, two of these have stopped being recognized (both by DSi and DSL) while 1 continues to work. I noticed with one of the broken ones that if I applied pressure to the back of the DSi, right on the slot, it would recognize that an Acekard 2i was in the slot but was not apply to boot it (However, it no longer seems to do this at all). Has anyone had this problem and been able to fix it? Or does anyone have any ideas on how to fix it?

The DSi(s) are FW 1.3 and the cards worked for nearly a year before ceasing to be recognized. And I have tried to unbrick using a DSL and the Acekard FW update for DSL 1.4.1 to no avail.

If you're applying pressure and its able to be recognized then try the paper trick described here.
S

I think I tried that a few times already, however, I tried it again and still no go. Thanks though. Any other ideas?
S

Does the Acekard work in any other DS's? If not, the contact could be completely gone on the cards. Well, not completely gone, but enough to not register in the DS consoles. 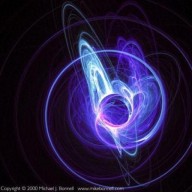 I've had a similar problem, but I haven't been able to get my Acekard to work period. This was after I got my DS TWO. I had nothing that would explain why it failed. It doesn't even recognize when I hook it up to my NDS Backup Adapter plus, and that thing should be able to see anything, just not be able to backup flash cart saves.
S

I've tried it in 3 DSis and a DSL and neither card works in them. What would cause the contact to "go"? It just seems strange because I've had one card that has lasted about 2 years, and is still kicking, and one that has lasted a year so far and 2 that have stopped working around the same time.
S