Migrated from SX OS to Atmosphere. Boot into hekate, launch atmos then nothing. 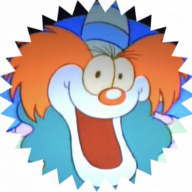 Cosmos279 said:
I already renamed the hekate_ctcaer to payload.bin but I have now added orig to the boot.dat file. Here's what I'm using as the injector. I don't think I can access whatever is on there unless you have an idea. I believe what I have is the SX OS Pro.
Click to expand...

Yes, that’s an SX Pro dongle. It’s immutable…don’t even bother trying to hack it. You cant modify the dongle so instead you modify the boot.dat to get there. this should be the last step.

Now just unzip the official SX_Gear_v1.1.zip file to the root of your SDCard. It put a new boot.dat and boot.ini on your card that will boot the payload.bin (which in your case will be the hekat.x.x.x.bin that you already renamed to payload.bin).

In the future, when you want to upgrade all you have to do is rename the new hekate.x.x.x.bin that comes with the hekate update files to payload.bin and you’re done.
Last edited by binkinator, May 21, 2022
F

Cosmos279 said:
Hi, from the rentry guide, I downloaded a sxos zip that hade 2 files. One was a boot.dat and the other was a boot.ini file. So I'm not sure if I should make a new one as that could mess up things more.
Click to expand...

For what I mentioned you will not need to use the sxos boot.dat file at all. Once you run fusee.bin through the converter it will become your boot.dat that you will place on the root of your sd card instead of the sxos boot.dat. After you do this, boot your switch as you normally would with SXOS but instead of seeing sxos you will be booted directly into atmosphere.

I only chose to do things this way as it was easier for my kids to use. With so many menus in SXOS and hekate it was really easy for them to mess something up. This way they don't have to interact with either of them to load atmosphere.

Nintendo Switch Monday at 8:14 AM
gemartic
G
A
atmosphere don't boot with hekate