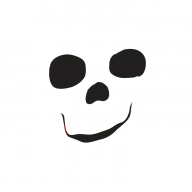 But were not talking about how it is free, but reviewing the actual show.

Now, Meta Runner is a show that is based off of what the future of gaming looks like, at least I think.

Now, in the future, everyone is addicted to Video Games, and its the thing that Keeps Them Going.

And there are Meta Runners, who replace there own LIMBS and their own FLESH to get better at gaming!

anyway, the main character of the show, is Tari, who is a Meta Runner.

But here's the twist, she completely lost her memory, amnesia!

Tari also has these flashbacks, that tell A LOT of the story of Meta Runner, and LORE!

Apparently, she was becoming a Meta Runner, and a Doctor was installing everything and than, uh oh! Yoshi-Exloshi! Everything goes wrong, and that caused Tari to loose her memory.

The show has so far, 2 episodes, and one is coming out this Thursday, the show is pretty good to be a FREE show.

But if you look at what else this channel post, well, uh, yeah.

I give it a 8/10 but, I might make another review if anything changes...

DoggaDude said:
who replace there own LIMBS and their own FLESH to get better at gaming!
Click to expand...

I never understood this in Ghost in the Shell. there's a scene where humanoids uses their "multi opening fingerssss" hands to type on the keyboard.
if we can replace limbs, it means we have brain/machine interface working. why create a limb instead of direct plugging into the machine? brain/machine/arms -> arms/machine ?
the brain could control the machine directly.

Anyway, thank you for the information.
I'll go watch it. one more TV shows to my (50+ active show) collection.
Talking about youtube shows, I'm waiting for season 2 of Jumper's spinoff : Impulse
it should be released this year.

edit:
oh, meta runner is not a movie, it's 15min CGI.
episode 2 doesn't have proper subtitles yet, only chinese/spanish, or english auto generated but stopped working after the intro due to music.
ep2 was kind of boring to watch.
Last edited by Cyan, Aug 8, 2019