I am in need of some help to one of the rare ps1 game, megaman legends 2 on my psp:

I have started playing Mega man legends 2 on my PSP (which is on 6.20 but don´t have the PRO-B unless I do install the update or the fast recovery. The permanent patch gives me the message that "this game cannot be started and the data is corrupted " which will leave me to every time that I restart my PSP, it will go back to 6.20 and not with PRO.)
After I got the first key and try to climp up the ladder to my ship it hangs with a black screen and even turns off the machine!!
I know that this problem/glitch is not new and has always been the major problem to running this game fully.

I tried pal version since I played US version of the game but the fuc.... glitch is still there and the compatibility list say that 6.20 PRO-B4 fixes the glich but I have tried the 6.20 PRO-B4 it still is there... are there something i am doing wrong??

After have read the compatibility list for the game many times, have read a lot of some others websites containing infomation how to bypass the glitch and upgrading and downgrade my psp many times now... I decided to ask for some help insteadXD


Right now I am in confusion if I shall install popsloader on my psp which will run the ps1 game on another firmware because people has said that both 3.52 and 3.71 bypass the glitch itself or I should downgrading the firmware itself??

Any help is appreciated

You could play past that point on PC, save then import the save to your PSP somehow? 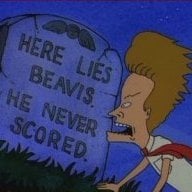 I would like to know the solution for this as well. This is the one game I desperately want to play through. I personally have tried every firmware of popsloader to try to get this to work with no success. I don't even have a good enough computer to want to try to pass the freezing area with an emulator so I can't tell you if that works. As far as I know the game is simply unplayable on psp. :/
J

YES YES!!!
I finally get past with that ladder glitch and can finally play the rest of the game... I am so happy (I simply love the first gameXD)
Here is what I did:
First I updated my PRO version from B4 to B8 so I could do the rest of this guide: https://gbatemp.net/threads/guide-to-installing-popsloader-v3-on-pro-b8-through-pro-c-cfw.301579/

After I did every step on the guide I tried to load the game first with 3.71 with the installed popsloader based on the "pops compatibility list", but it was still there... I almost gave the hope up but decided to run the game in 3.52 which is said to be fixing the glicth itself... and do you know what... IT DID IT!!!

I managed to come in the ship and saved my game with Data and could finally give the key to blucther!!

Have a nice day

PSP deleting files and then saying they are corrupted?