'The rumors (that we all knew were true) appear to be true: Sega's got a winter version of Mario & Sonic at the Olympic Games on the way. Dennis Kim, director of licensing and merchandise for the 2010 Olympics in Vancouver, seemingly revealed Sega's plans to The Province.


QUOTE said:
Last year, 2008, they had a very successful game using Mario and Sonic at the Beijing Games, as well as a multi-sport simulation type of game," Kim said. "That's what's being discussed and planned for Vancouver. We are feeling optimistic about sales because of the Beijing experience."
Click to expand...

Kim has reason to feel optimistic: the first Mario and Sonic game is one of the best-selling releases on the Wii.

Kim praised Sega's dedication to realism: 'They want to get a real sense of accuracy, particularly with the landscape and the venues and the look of the Games.' If the venue didn't look 100% accurate, people would be able to tell from the first moment a two-tailed cartoon fox stepped onto the track."

Thanks for the news! I wasn't a big fan of the previous game, but I tried it on DS. I assume this will come to DS as well. If nothing else, the game had some pretty nice 3D for the DS.

I guess it was bound to happen sooner or later. %99 of the games that sell well get a sequel of some sort. I hope it's good at least. The first one was midly fun, IMO.

Could be fun with balance board support..

CockroachMan said:
I just hope it's not called "Mario & Sonic at the Wiinter Games"

QUICK! Delete that before you give someone the idea and they go post it on Gamefaqs!!!

Mario and Sonic snowboarding.
Can't go wrong with that.

I still hope this big February Nintendo announcement is something else as well but I doubt it.

Oh well at least the 3rd party publishers are giving the Wii owners what they want.
X

you think they would realize when they made a mistake. 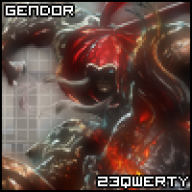 If it has hockey it'll be good, don't even worry.

xxRAG3 said:
you think they would realize when they made a mistake.
Click to expand...

Hacking Mario and Sonic At the Winter Games character modding