I am currently stuck on the Carrot Minigame. I have completed the tutorial, and went to the next part. I didnt finish the carrot in time (Its hard for me >_

You need to be lucky and got the red things that explodes all carrots, it worked for me.

I havent really figured out the minigame itself. The point is to remove the carrot bits, 3-4 clicks and their gone. There are 3 orbs that sometimes come out of the carrot bits:

Yellow Orb - Reduces the chunks to only one click

Blue orb - Destroys a couple of the smallest chunks.

But, the more times you hit the chunks, the level of the orbs goes down. Originally youll start with the red orb, and then itll go down each time after a certain amount of taps.

Eventually, youll get down to the blue orb and have not found a single orb yet.

Heres the thing. Thats my situation >_<

When I get the first piece done, I get to around 42 seconds. When the second part comes, 20 seconds. The 3rd, usually about 3 seconds, then I lose during the fourth round. 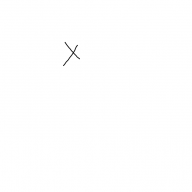 You just need to be lucky
I

There is a way to do this, I struggled at first. When bowser is eating at one point he will glow, around the time he glows the carrot bit that hits his stomach is the one that has the "bomb" in it. It isnt exact but if you click around the carrot pieces that landed when he glows thats the one, if you find it fast enough it will be red and destroy all of the pieces on the screen.

Could someone add an 'infinite time for carrot minigame' (or for all games ) , i tried the infinite time code for the USA version of the game and it did not work

if possible please , i would like the infinite time cheat or some time cheat to bypass the carrot game ,thanks.

There is no need for luck... Just watch bowser when he chunks the carrots, when the special sound/flash comes you watch where the little carrot piece falls (the one right after that sound/flash) there is the red orb. It took me some time to figure it out, it was quiet frustrating

Nintendo DS Tuesday at 10:59 AM
xbmbmx

@ M4x1mumReZ: I really need to go to the osteopathy to get my back cracked into place A moment ago
Chat 4