Gaming looking for games in a certain genre

OP
wave based survival, like cod zombies and killing floor, but not like left 4 dead survival, l4d survival is purely time based
and not tower defense, so stuff like sanctum 2 doesn't really count

saints row 3 "whored mode" is sorta in the right path, but it's not really seamless wave based

i thought this genre was super "overdone" and common, but i really can't think of much 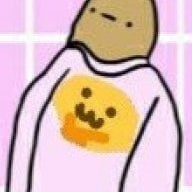 Payday 2 might work out for you, especially the Holdout game mode. However, there's a lot of stats and build-making (not to mention the level-up grind) and the fact that a good chunk of the game's content is in a DLC, which costs 15$ USD (which is still better than the old cost of over 100$) on top of the base game's price. I went a while without any DLC and had a decent build that could work going up to the fifth difficulty out of eight. Still, if you want a good time being a bad guy, shooting a totally unrealistic amount of SWAT officers that come in assault waves, it works.

Erm...it might be considered a tower defense, but you might want to try out "Orcs must die 2". It's a third person perspective game in which you both build defense structures and fight the coming monsters.

Also...is a classic shooter like Serious Sam okay as well? It certainly has massive amounts of enemies heading your way.

I know you from your post know about killing floor and cod zombies, but have you tried waw zombie mods (there's a lot of great stuff) and killing floor 2/killing floor 2 custom maps/mods?
I can send you a text file for kf2 maps that cut outs most of the crap in the workshop and you can import to your own server (I filtered though it all the kf2 maps)

Some of the late Halo games had something like this, as well as the option to customise things. Halo Reach was probably the first with a mode it called firefight, though I am told later games did more here (never really played those).

The "whored mode" is likely a pun on horde mode, something Gears of War somewhat popularised (though Halo mentioned above does things here). If you do want that then I see Gears of War everywhere there is cheap games. It is also a reasonable search term for the style of game
https://www.giantbomb.com/horde-mode/3015-3021/games/ . Some also call them survival mode but that is a harder term to use, though wave survival might be one.

I don't know what ROM hackers have here these days -- the idea of a boss rush is very old news at this point but endless waves is a bit different. PC game mod makers might be a different matter.

Some dungeon crawlers (though we have now departed anything resembling shooting game, unless you mean twin stick efforts) have challenge runs that function much like this, and some probably have endless survival or can be twisted to it.

Most PC games these days got bitten by the tower defence bug so will include various token efforts there, however I did play a plants vs zombies shooter that was surprisingly good.
Depending upon what you want to do you might be able to do something with cheats -- I have been playing Far Cry 3 lately and it has some challenge options within it that if you gave yourself infinite time you would be able to do something like what you want.