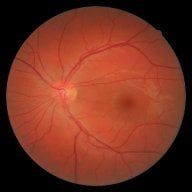 Recently, I ordered an Acekard 2i from Kick Gaming, in Canada. I was very excited to use the card, and for a while, it worked really well. That is until it stopped working three days later. I contacted Kick Gaming and requested a new card and they asked me to return the old card. They also suggested I write an accompanying letter that I would like my shipping refunded. Seriously.

The card I received to replace it was an M3i Zero. That was their suggestion, and a bit more expensive, I might add.

The new card happened to be defective as well, which was more a fault of M3 team than anyone else and again I wrote back to Kick Gaming. They apologized for the problem and offered my pick of cards to compensate me for my inconvenience.

A recent bout with Targus over a defective cooling pad did not go as well, with them telling me to pay for shipping to return it (which, for a cooling pad, would run me like $12).

This is the difference between a company that recognizes the value of customer satisfaction and one that doesn't. There was no hoop jumping, no making me feel as though I had done something wrong, just plain old decency.

Thanks to the good people at Kick Gaming.

Thats good of kick gaming, now if only other companys took a page from there book and did the same, buying things would be so much more safer

You need to install an additional GameCube loder or select a different GameCube Mode to launch GameCube games from USB or SD card.