Also, SQEX.INFO have translated a complete copy of the interview, which was provided to them by Gematsu. You can read this below.

The meaning behind the main illustration!
— The package illustration has been publically revealed.
Nomura: To be honest, at first I had drawn a different picture. Sora, Riku, and King Mickey were the same as the current illustration, but I drew Mickey bigger and Sora and Riku were much smaller. However, design-wise it was difficult to use for the packaging, and when we tried it on the title screen you couldn’t really recognize Sora or Riku (wry laughter), so I redrew it.
— There is another version of the illustration with different colors and the directions switched, can you tell us about that?
Nomura: When you look at this illustration inside the game package. I wanted it’s composition and look to remind you of the title’s catch copy, “Darkness becomes light, light falls into darkness.” The two images make a pair; I think it’s nice to consider the contrasts between them and how they reflect the storyline.
— Will we see this image within the game itself?
Nomura: Yes, if you play the game on the advance degree of difficulty you’ll be able to see it.
— In the illustration, Sora has his eyes closed while Riku’s are open.
Nomura: That’s right. There’s meaning behind that, but I think you’ll understand it through playing the game. By the way, the 2 types of illustrations are not just merely reversed, but the change in color degree and overall balance has been reworked.
— We look forward to understanding that. Anyways, for the first time fans will obtain an enclosed AR card with the game. Can you tell us about the friendly Dream Eaters on those cards?
Nomura: The game package will contain one card that unlocks one of the following partner Dream Eaters at random: King Wondernyan, Circus Panda, and Nekuish. These 3 Dream Eaters are rare; however unlocking them through an AR card is not the only way to obtain them, you can partner with them in the game too. Still, if you do a Link Portal exchange through StreetPass, you can obtain the recipes for them. If you try to StreetPass regularly, you can probably obtain all three pretty early on.
Key people of the story!
— In the opener, we see a flurry of memorable scenes from the series while an orchestra version of “Hikari” plays, it’s very moving!
Nomura: It was Nomatsu (Takeshi Nomatsu, the title’s cinematic movie director) who managed it, he said himself “there isn’t a next one”, so he crammed it full of content.
— Parts of the opener were used in the Special Trailer that was released publically, where the keywords “those who are asleep within sadness” appeared. Does helping those people become the goal of this game?
Nomura: How will that go… (Laughs.) Well, first off Sora and company will have to make preparations for that.
— In the last part of the trailer, one of the points that stands out is when Aqua and Terra appear with the black coated character with the “nightmare” eyes.
Nomura: That black coated person is important to the storyline, but isn’t necessarily a new character. The details of it are something to look forward to when you play.
— As for new worlds, the image of the world from Tron Legacy is very closely adapted. The people in it are drawn quite realistically.
Nomura: Since we adapted realistic portrayals in the past with The Pirates of the Caribbean in Kingdom Hearts II, we had a bit of know-how this time around. I was a bit apprehensive at attempting to do it on a portable device, but I think the end result has a high quality to it. I supervised over the production side of the movie parts and the scenarios of the storyline reflected well into it.
— Did you plan from the beginning to use Tron Legacy as a world?
Nomura: It was decided around the time the project was beginning. We had planned for Sora to visit the original Tron world and for Riku to go to the Tron Legacy world.
— Ansem and Xemnas, as well as Master Xehanort’s forms appear, but are they the real thing?
Nomura: Well, about that… Ansem and Xemnas appear often, harassing Sora and Riku.
— Are Ansem and Xemnas key persons?
Nomura: If I had to say who the key persons were, I’d say they are the silver haired boy and Axel. This time at the end of the story, there will be the longest cutscene of the whole series where the true form of Ansem and Xemnas, as well as their goals and many other truths will be revealed all at once.
Click to expand...

Can't wait for the ending with all those secrets to be revealed! And I never thought Ansem and Xemnas had true forms... Unless...... O_O

If you can't understand the interview that's probably because you didn't watch the special trailer:

I know who the black hooded person is with the nightmarish eyes.

Well a rumor have been going around that that black hooded person with the nightmare eyes (red eyes) is:

Vanitas
But maybe it's wrong. We will see later on.

it might be the only heartless in the the game maybe? (excluding heartless ansem)
N

I'm so glad Axel is a major character in this game. 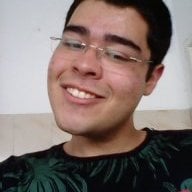