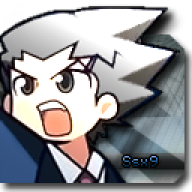 The Jogo justo Project (Fair Game Project in english), Created by Moacyr Alves Jr., has finally shown results.In Brazil, tomorrow,and only tomorrow, November 13th, Bioshock will only cost R$59,90 (Aka 29 US Dollars) at the UZ Games Stores. To buy it, you will need to answer a questionare about what do you think about the jogo justo project and to "know their consumers better". However, only 400 copies will be sold, and you won't be able to buy more than one copy, even if it's for a friend or whotever.

If you like the game, have some money, and like the game, you should buy it, in my opinion. not only it will be cheap, but it will also support the project, and games may get almost as cheap as US soon.

A console game in Brazil costs from 75 Dollars - 100 Dollars.

EDIT: After reading the title again, I think that sounds more of an advertisement than news. If possible, can a moderator change the title to "Fair Game Project shows result: Cheap Bioshock 2 at Nov.13th!)" ? Thanks a lot.

The end of piracy? The XBOX Gamepass case