Homebrew Is there a reason to upgrade from Lameboy to GameYob?

I've been hearing that GameYob is really good, I've been using Lameboy but since I don't play .gb/.gbc tgames on teh NDS almost at all, is there a reason to upgrade?

I've only read that GameYob is trying to implement the Pikachu voices In PY in an old thread from 2013, does that mean that Lameboy doesn't have perfect emulation of all games? I thought it did.

Is there a list of which games don't work perfectly in Lameboy but do in GameYob? Right now I'm mostly interested in RPGs, platformers and Western games that came out on GB/GBC. 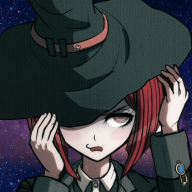 I'm pretty sure GameYob supports almost all GB/GBC games (correct me if I'm wrong). It also has support for custom screen borders. All in all, it just seems to be a way better emulator.
D

This is information I found on the wiki:
https://wiki.gbatemp.net/wiki/Lameboy