Hacking is it my wii? or is it the media? or backup gamma? 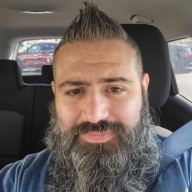 I have followed everyone's advice to a T. My wii is rocking, but lately something strange has started happening. I have been getting alot of disc read errors saying to consult my manual. Some games appear to be booting and then crap out to that screen.

I do notice that my wii dvd drive is making a lot of noise as this is happening and I did purchase a used wii.

Do you guys think its the wii drive dying out or a bad lens? or is it to be expected that this will happen with games?

my wii is very strange too, because apparently it only plays dvd+r's and not dvd-r's

sounds like your drive is having trouble reading the discs - could be lens getting older or discs degrading.
W

I would say it's the drive, your media or both. How old is your burner(max speed)? Which brand of media do you use(Verbatim, Sony...)? At which speed do you burn?

8
Hardware I managed to brick my wii . . . in the most unintentional way possible