Interview With TWEWY Director, No Sequel For A While

"A portion of an IGN interview with Tatsuya Kando, director for The World Ends With You…

IGN: How has the situation with this license changed since the game’s initial pitch? Was it originally designed as a one-time game, or was there always a possibility for sequels? Now that the game has sold surprisingly well, may we see another game in the series?

Kando: The game’s concept has not seen any drastic changes since its inception, but it was the first time our team decided to develop for the Nintendo DS hardware, so figuring out how to bring out the best in this hardware was a constant process of trial and error. Our objective was first to create a complete product, so we never really had a sequel in mind during development.

IGN: Many fans of the game have now put in plenty of time with the game, and we’ve of course said our piece on it with our awards. Is it time to start thinking about a sequel? Can fans expect one, or is that something that’s still being worked out internally?

Kando: We’re very thankful that this title has been received so well, and as we see that there is demand from both Japanese and American fans, we would definitely like to consider the possibility of a sequel. Since it is not possible to get right into development at this moment, please give us a little more time.

IGN: The dual-screen presentation in The World Ends With You is obviously a huge part of the game, along with controlling two characters at once. Can a game like this make a jump to a system like Wii? Do you find the same synergy between IR control and traditional buttons as you do with a stylus and two screens?

Kando: Since The World Ends With You was specifically created for the DS, it would probably take on a very different form if it entered the console scene. Even though the Wii and DS seem similar, the stylus and Wii-remote are completely different, so naturally some alterations would become necessary to adjust the game for the Wii. Of course, the dual-screen element would have to be interpreted differently as well, but the most important thing would be to retain the essence of what makes The World Ends With You YOU what it is. The exhilarating high-speed action is a vital part of the game, so we would probably be careful to preserve that aspect when adjusting it for a new console."

Damn. I only just finished the game and am now craving for more.

Edgedancer, as are all good RPGs, the first runthrough is just the beginning. You still have all the badges to get, the secret movie, the secret files, and Game+. 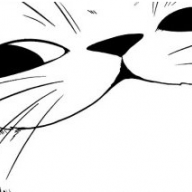 This game is amazing.
I didn't finished it yet, I'm playing other things now, but I will end it after this (DQ IV).
D

Fun game, remember when I first played it.

jesterscourt said:
Edgedancer, as are all good RPGs, the first runthrough is just the beginning. You still have all the badges to get, the secret movie, the secret files, and Game+.
Click to expand...

I am no stranger to RPG's but it is the sad fact that there is nothing to look forward to in the future. This is why I have got a maxed party in Golden Sun: The Lost Age as the clear data would lead on to assume that a sequal will be made in the future.

Another fun fact, every single strategy guide that I own is for a Square Enix RPG. I think you nearly need one to figure out how to get all the badges in this game and how to get all the secrets. Well you could use GameFaqs, but...
A

'Lollipop Chainsaw' full remake in the works; launches next year