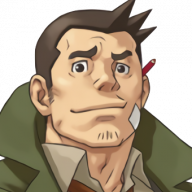 Problem #1: when I switched the characters boots, their feet just became invisible and the equip screen was showing that the characters were using the Raimon boots (default boots). But Raimon Boots don't exist in the items list. So, the only way I found to fix this problem was to sell all the boots I was trying to equip and buying them all again. Happened only two times.
Problem #2: I loaded my save and played a friendly match. Then, I choosed a character to recruit and I saved the game. I was searching for the player in some places, then the game crashed. I turned off my DS, turned on again, booted the rom and what I see? ONLY THE FUCKING "NEW GAME" in the menu!!!
I was playing with no cheats enabled in Wood R4 1.47 and the game is a clean rom. Anyone with similar problem in the game? (Sorry with my english.)