Hacking I need help with Project M, it's driving me insane!

I am trying to get project M for me and a friend to work,(we are both using hacked wii's) we both have broken disc drives so we are using an ISO on USB loader GX.


So I guess I am just going to go with the dolphin method because it seems like the easiest, but NOTHING is working. I got a program called Build_ISO from here.(a thread I found with the build_ISO also had some other files, but were full of malware.)

So I tried using my ISO with it, and it said I was missing a patch loader file. Ok, so I looked around the internet and after about an hour of nothing, I finally found one, moved it to the folder with project M and the ISO, and it STILL says that the patcher file is missing.


I have no idea what to do anymore. I don't understand why this simple thing isn't working. Iv'e tried it on my wii, PC, everything. I would prefer the dolphin method because then that way I could play with my friend online, as nothing seems to ever work anyway. 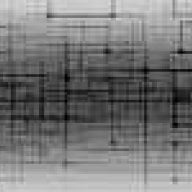 idk, i never had any issues running project m with cheats on from usblgx after my dd took a shart just made sure the cheats and all that were on the sd and never had an issue
G

Build ISO isn't necessary. The method I use (which I consider relatively easy) is I download PM from the website, (the "homebrew" pack, obviously) put it all on my SD Card, (2GB or less) and then load my Super Smash Bros Brawl ISO from my USB Drive with cheats enabled. This will automatically load up Project M. Oh, keep in mind though, that because PM has such a large cheat file, most USB Loaders won't load it right. What I use is CFG USB Loader and it works great!
You can find it here: https://sites.google.com/site/completesg/backup-launchers/usb/configurable-usb-loader

PM me if you have any more questions.

I can get project M to work, but I still need a brawl disc. I have an ISO of my disc but..

So first I read that having ANYTHING else on the SD card can cause issues, so I formatted it, putting ONLY the project M files on it, it works, but like I said, no disc, so it just returns me to the wii menu...


I tried to go into my brawl ISO using USB loader GX, nothing happened(Went into the stage builder)


USB loader GX DOES have a cheat option(ocarina) but it says there's no cheats, so it prompts me to download a cheat file, and it says it can't initilize the network.


I am running out of ideas. I don't know what else I can do. Iv'e tried every goddamn thing and it still won't work for me. 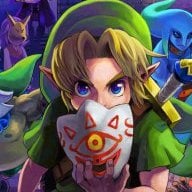 dude, just create your own Project M ISO. Follow the instructions in this link. Make sure to use the right ISO builder program (the one for console use is in the first 3 big PINK lines of the post)

Nintendo Wii U Nov 3, 2022
Famus484
F
T
I was told WFS Tools can be used to salvage my WII U external hard drive files from dying drive ?

WiiFlow won't let me change my CIOS on games