HowTo: Attach Solar Panels to your DS
Never need to recharge again!
A modder from Instructables created a solar powered battery recharger for the Nintendo DS.

It saves you time, money and is totally ecofriendly. He claims that the solar panels only cost $3.75 each so it is a cheap alternative to charging.

whoa thats new
and cool :]
and only 3.75?
seriously? i thought solar panels were expensive..

i had this idea since way back when i thought about how the DS2 would look like. i thought putting solar panels on there would send a nice message for the environment and it would be useful too.

didn't a user post this topic a few days ago?

oh wait. you actually have to do this yourself?
>.< well so much for me getting solar panels on mine.

they should be built onto nintendos next handheld

Cool. I know there's a phone coming out like this too though, I forgot who it was by though.

Aw damn, I can't solder though. There goes my chances of using it.

Did they? I did a search and nothing really came up...

Anyway yes, the tutorial is indeed kinda complicated but if there are people here who can solder their wii, I'm sure they can do this little hack.

Hm, I have some soldiering skills (thank you old summer classes). Might try this out

tinymonkeyt said:
whoa thats new
and cool :]
and only 3.75?
seriously? i thought solar panels were expensive..
Click to expand...

Damn, I barely realized this, even worse.

does it really need the back ones though? It must be a bit harder to play it.

Technically, you still need to charge, but you can just charge anywhere.
U

I know the maker of this posted this at the end of the instructable, but this is dangerous, attaching a voltage source directly to a li-ion battery could cause it to explode. the meagre amount from those solar panels probably isn't enough to do that, but it will still overcharge the battery and shorten its life. Li-ion batteries require a very specific charging curve.

soldering the voltage output of the panels to the power in port of the NDS would be a far better idea, it can probably cope with the voltage variance anyway.


tinymonkeyt said:
whoa thats new
and cool :]
and only 3.75?
seriously? i thought solar panels were expensive..

yes, yes they did, I posted a response to that too... 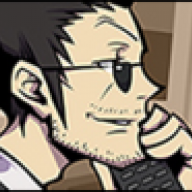 no see the easy thing to do is get yourself another ds charger, cut the ac adapter off of it and wire the panels to the cord, fab up something nice to look at for the panels to be attached to and there you go a solar powered ds charger. ( its alot better then opening up your ds.)
A

@ M4x1mumReZ: @Sonic Angel Knight, Bet it made him high as a kite A moment ago
Chat 1