Gaming How to recover your fully-bricked PSP 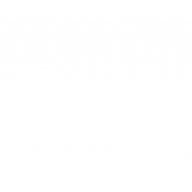 This tutorial is for those who have a fully-bricked PSP and doesn't have a Pandora battery. Here are the steps:[*]Take out your PSP's battery cover and a battery.[*]Get an AC adapter and plug on your PSP WITHOUT the battery.[*]Turn on your PSP and, instead of a black screen, the firmware appears correctly on your screen![*]Place a battery and put back the cover on your PSP while charging.[*]When it's 100 percent charged, take out an AC Adapter on your PSP. Please don't turn off your PSP after using; put it to sleep mode instead.[*]That's it! You're done.This is what I did to recover my PSP, which is fully-bricked last month. You can do this tutorial too!

ummmm. are you sure the battery you're using isn't a pandora battery, your psp wouldn't turn on if it were bricked...
R

Yeah that doesn't help at all with recoving a fully-bricked PSP. It only helps people who use a Pandora battery don't have a Memory Stick with a IPL on it to boot there PSP.

If anything you could say the PSP was bricked because of the pandora battery because that's the only instance I could imagine something like that happening.

I think my mate had his PSP kinda crashed sometime.
He also had to take out his battery and memstick in order to boot it up again.

Either that or like raing3 said.
It can be used to boot up a PSP using a pandora battery and no MMS.

However this does not apply under fully bricked PSP`s.

This doesn't apply under ANY type of brick....using a Pandora battery with an incorrect IPL and a Fully/Semi Bricked PSP are two totally different things. Learn 2 Masonry.