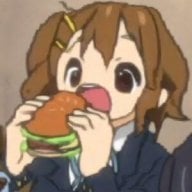 I don't want to run WEP so is there like a patcher to run NDS games as WPA.

No, but it's theoretically possible on the DSi and 3DS.
Reactions: BLOCKMINER3000 and Alexander1970

banjo2 said:
No, but it's theoretically possible on the DSi and 3DS.
Click to expand...

my guy if you look at my signature you can see a link saying Siggy is here with a HiyaCFW Installer badge and there is a FreeNAND link too. I do use DSi.

QuazaRayy said:
my guy if you look at my signature you can see a link saying Siggy is here with a HiyaCFW Installer badge and there is a FreeNAND link too. I do use DSi.
Click to expand...

Nice, that's great. I'm on mobile, so I didn't see it.
Reactions: BLOCKMINER3000

@QuazaRayy It doesn't really help that you use a DSi, because as banjo2 said, it's only "theoretically" possible. Meaning it's never been done.

To go a bit further then in the heady days of 2004 then wifi was something of an afterthought for Nintendo (every wifi enabled game carries a firmware update to enable wifi, presumably as the early models skipped it to save a few dollars in licensing fees -- see why various old consoles would have you buy a DVD remote and windows no longer comes with DVD support).

Anyway this also means the hardware handling is minimal, and it is hardware rather than some programmable chip a piece of firmware handles, the software to do it is also somewhat handled by every game itself much like games handle their own screens, controls, music and other pieces of hardware (the DS did not have much of anything that ran all the time or handled hardware at system level).

Doing it in DSi mode means either porting the game to DSi mode (don't think this has been done yet), or possibly getting the DS mode compatibility layer to speak to the WPA hardware instead but from what I have seen with such things it is unlikely to work that way (from what I understand it is almost DS mode rather than anything where it can reach out and touch the DSi hardware).

Short version suck it up and enable a guest network with wep, turn a PC/laptop/whatever into a hotspot with it, or stick a cheapo old router on there and pull the plug when you are done. I forgot how low the DS is bandwidth limited to so if you are super paranoid you can do all the fancy hidden SSID, mac blocking, IP blocking, bandwidth limiting and whatever else.
Reactions: BLOCKMINER3000, Vague Rant, banjo2 and 1 other person

How do i inject a nds sav in to a rom of the same game?

B
NDS with DSTT language