Hacking How exactly do I inject saved data to my Wii U using ftpiiu everywhere? 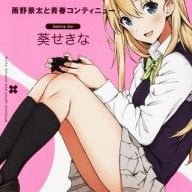 I'm on Haxchi CFW and have ftpiiu everywhere v0.4u2. The game I tested on was Bayonetta 2 disc version. Both game & console's region are US.

Then I quit ftpiiu everywhere and tried to launch the game, the game gave me an error "150-3032", saying something like "there is a disc inserted. Take it out and restart your console and try again later".

I restarted my console and this time the game launched, however I got my old saved data back, and was able to load and continue from there.

I thought the files in the folder 80000001 are the only ones that matter, because that's what everyone uploaded in that save data share thread.
Last edited by Kate0012, Jan 19, 2018

Okay here is something useful, https://gbatemp.net/threads/save-injecting-via-ftp.462223/

The only thing I did differently was instead of replacing the saved data, I deleted the old saves first, and then moved the files from my PC to the Wii U.

This 2nd time I re-exacted the files I wanted, and then tried replacing and it worked fine (I still don't understand how this would make a difference. How things work here, is it that strict??).

Another thing I can think of is b/c originally I only had saved data in slot 1, but the files I wanted to inject had saves in 2 slots like I mentioned earlier. This time I didn't want to see any error msg again so I created a dummy save in slot 2 and did the injection.

It's also possibly that first time my saved files were corrupted during the transfer, but could my luck be THAT bad?
Last edited by Kate0012, Jan 19, 2018

How can I extract an installed channel from my Wii U with ftpiiu and pack it into installable WUP format?

A
Homebrew Tiramisu Wii U - Wii injects not launching from usb, only nand.