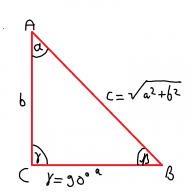 The hinge of the Old 3DS XL broke(which wasn't my fault), fortunately it was on the side with the status led. Because of that we bought a new case(the black part on the opposite of the screen while).

Today I wanted to repair the 3DS. I opened the case and removed the battery. Then I was going to remove the screws. I tried all of them but only one came out. The other ones stayed where there are. The screwdriver I used has the right size for the screws. Anyways, they don't turn around. Then I asked my mother, she tried it and said I enlarged the recess of the screws, so that it doesn't turn anymore.

Does somebody know if I can rescue the 3DS?

You can drill the heads out (wrecking the case in the process since you'll need to get to 3,5 mm and the holes in the case are only around 3,0, but at least you're replacing it anyway...)

Oh, and get a quality JIS 00 screwdriver (you still have the motherboard to remove afterwards) and replacement screws (the aluminium crap Nintendo uses... ew)!

That sound promising, hopefully I can convince my mother that she drills out the screws. Thanks!

Hardware ok... What is up with these stuck screws on my 3ds?

I dismantled and now don't turn on