Hacking Hen 7.02 with SSD and Kernel panic to forced Initialization 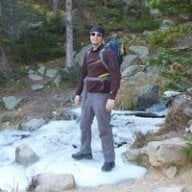 Each time I got a KP I had to reinitialize the disk and start from scratch, none of the other options in safe mode would allow me to load the PS4, the only option was reload the firmware and format everything.

Anyone experiencing this issue with SSD? Is the QVO nand the problem, not being able to survive a shutdown or is this a thing with all SSD?

Really confused as to why a fast SSD with large capacity would be SOL after a KP while the mechanical one is loaded in a few minutes with all packages and config intact.
Reactions: peteruk

I think I am going to go with an external SSD to store the games and I will test again with a smaller 2 TB for the internal storage to see if that works fine. Otherwise I may just go exclusively with an external source.
Reactions: peteruk

Installed a 860 Samsung 2 tb pro as the internal drive and I tried to force a KP, I noticed the PS4 just boots, not a problem with this model / size.

So the 870 8 TB was either faulty or the PS4 cannot recover from a KP with a large drive. 2 TB seems to work, did not test with 4tb SSD.

Returned the old 870 and got another one as the external extended disk, this should allow me to install the games on there and still be able to boot in the event of a KP.

10 tb total should cover all my needs. To those wondering, this is going to stream a Hyperspin wheel collection of PS4 games in an arcade cabinet .
Reactions: Mo Poge and KiiWii

Yeah, have a full wheel with art for all the games I will be streaming, Rocketlauncher set to load Chiaki and start a stream automatically with my ps4. PS4 just sits on a 10g router ready to stream whenever I call it via hyperspin ! Its surprisingly responsive, couldn't detect any lag! Almost feels like it is an emulator like all the others in hyperspin .
Last edited by Student123, Mar 3, 2021
Reactions: KiiWii

@Student123 ahhhhhh now I get it
I

Did anyone ever figure this out? I just got into jailbreak on 7.55, so I bought the 8tb Samsung QVO and while at first everything seemed fine, anytime I had a kernel panic, it would check the DB, and fail and then require a full re-initialization… this totally sucks. It doesn’t make since. I put a 4tb QVO drive in, and I have no issues, it rebuilds just fine. Just wanted the larger drive in there, but oh well. Stuff it in my PC instead. Does it maybe need a higher firmware to be more stable? And since 7.55 is the highest jailbroken fw, we are screwed until a later date? Just seeing if anyone found out any more concrete thoughts. Thanks.