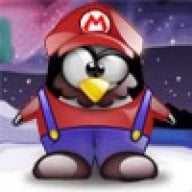 Also another fact, I got my Wii on Launch day, does that make a difference any?

Help please...I don't want to play Naruto Clash of Ninja 1 for the rest of my Wii's lifetime.
V

I opened my Wii because Nintendo doesn't care about people who bought wiis on Launch day of '06 apparently and was going to charge me $85.00 for a "repair". Anyway, turns out, since the Game disc was a rental, I forgot about the sticky residue that the rental store sticker left, causing my wii to have troubles ejecting.

I would like to request a closure of this thread...I fixed my problem.

No more Sticky CDs in my Wii

S
Hardware Did I kill my wii?

Trying to identify Softmod method used on my old Wii