Homebrew Got a new Acekard 2i! 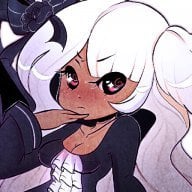 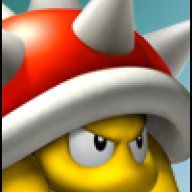 1. No. Use a microSD card.
2. Fix is here (original thread is here).
3. Here's some good homebrew (that post is outdated though)

I thought only Acekard RPG had built-in memory (NAND I believe)...

For homebrew, I can recommend some that I find addicting/useful.

Apps:
-DSOrganize 3.1129 (helpful for most of the other cards because it can copy/paste/delete, though the Acekard can do that by itself anyways...but it can also rename files, change wifi settings, semi-browse the internet, among various other organizer sort of things).

-Moonshell2 (Mostly if you just want to have media stuff in a really smexy GUI. ie: images, music, videos, text)

-Comicbook DS (Just like the name implies, you can view converted packs of images on your DS, and its probably compressed somehow, unlike when viewing with Moonshell2, though as an alternative, there is also Image Viewer by the same person that made Moonshell2).

-Phidias (A professional-ish sort of painting app with quite a few options and things, I've never compared UAPaint with Phidias before though)

-UAPaint (This has more options than Colors! and is probably better for things that aren't freehand.)

-VNDS (so I'm advertising this a bit because I like it, but its kind of dying because a spammer or two got a hold on the messageboard and posts NSFW images, but anyways it is a visual novel reader that can view visual novels specifically ported to the VNDS...kinda limited though)

-SNEmulDS (SNES emulator that is probably the best at the moment, and as a really amusing game there is "EVO Search for Eden")

-NeoDS (NeoGeo emulator for those fun arcade games like the King of Fighter series, Metal Slug, and some other things)

-Pocket Physics (A fun physics sort of emulator, there is also Rubberbands which is a little less complete, but its still kind of fun to play)

I thought only Acekard RPG had built-in memory (NAND I believe)...
Click to expand...

Congrats man! Im hoping to get one soon as well XD
X

Sh-. My bad. I'm tired. I made a huge mistake. I meant no. I know it's no. But Allergies and Sickness is just messing up my eyes

Sorry if I confused you -.-
(And I hope I don't look like a total idiot)

Lol, I've never had any problems with it either, but prudence is always good when referring others (I think). I wouldn't want them to come back telling me that DSO 3.2 screwed up everything and that I should have recommended the one that is supposed to be the most stable.
X

Well, heeroo is contacting with dragonminded (reply confirmed). It is good time to replace disk driver completely (possibly with MoonShell's).

Is there an alternative to moonshell? Because im not really gonna use it again after it practiclly destroyed my R4DS..

skystealer said:
Is there an alternative to moonshell? Because im not really gonna use it again after it practiclly destroyed my R4DS..

o.0 How in the world could it destroy your DS? Both Moonshell2 and Moonshell1.71+1 can't do anything to a flashcart except not work correctly on it.

I'd need to say NDSTokyoTrim. I just got it today and it's great. It trims your roms to make them smaller. It can trim DS/GBA roms but not DSi Enhanced games so it saves you some space.

When you get your acekard, setup the soft reset in options to save you needing to power down the DS and power on to change a game.

skystealer said:
Is there an alternative to moonshell? Because im not really gonna use it again after it practiclly destroyed my R4DS..

What? No, Moonshell didn't cause that. (Clone) R4s have a tendency to be unreliable.
F

Yeah, the most damage that can be done by homebrew (unless it's ndsbricker) is corruption of the SD card... which can be repaired by a good reformatting anyway. 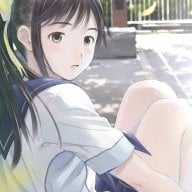 NDSTokyoTrim checks for bricker viruses too

You mean the bicker virus. There's only one out there. Plus it's pretty damn hard to come by these days.

@ DinohScene: idek what I'm looking at but if it's actually NSFW, please say so 1 minute ago
Chat 3