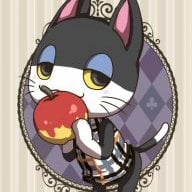 A new bomberman update came out earlier today adding a LOT of new stuff into the game such as a new world in story mode, a whopping 10 new characters each with a unique ability (characters ranging from konami series such as rumble roses XX, Goemon, zone of enders and more!!), grand prix mode, crystal mode, new stages, and even more accessories! Here are the official patch notes:

The new Battle Mode "Grand Prix" has been added.
The Grand Prix mode offers the following new features from normal battles.
-Each battle is 2 rounds and the team with the most total points wins.
-Each character has different power-ups.
-When you lose a life in the Grand Prix mode, you are resurrected after a certain time instead of turning into a Miso Bomb.
-Soft blocks will start falling after a certain time has elapsed.
You can play with the following two rules.
Crystal - Compete points by collecting the crystals in the stage.
Basic Bomber - Compete points by defeating the opponent team.
-The Bomberman Bros. each have different individual characteristics but can equip a cartridge to gain features and special abilities of other characters.
-Up to 6 Nintendo Switch can be connected in the Grand Prix mode for a network battle.

The Bomber Planet World can be accessed when beating the Story Mode in Standard Mode.

9 new accessories are available in the shop.

The punch and kick controls have been slightly adjusted.

The camera work has been slightly adjusted.

Fixed other various small bugs.
Its a really great update and I'm having lots of fun with it
Reactions: AutumnWolf

Ha, that's cool. The another game that needs a major update like this is Overwatch.