​
Animal Crossing hasn't always been the insanely popular record-smashing mega hit that it became with last year's release of New Horizons. In its more humble days, it existed as a last-second swan song for the Nintendo 64 called Dobutsu no Mori, exclusive to Japan. It would see a second release rather quickly, slapping a "+" onto the end of the name, porting it to the Nintendo GameCube, and adding a handful of new features. Luckily, Nintendo of America gave the game a chance in the west by bringing it over, giving it one of their most charming translations ever, and naming it Animal Crossing. The rest is history.

Actually, that history is rather rich. NOA's localization of Dobutsu no Mori+ wasn't just a simple translation; events, graphics, and jokes all had to be adapted for a western audience. American players likely wouldn't understand references and holidays from eastern culture, so extensive work had to be done, creating new characters for holidays like the Harvest Festival, making relevant-for-the-time pop culture jokes, and editing all sorts of tiny little details, all on top of translating a game that has a mind-boggling amount of text to begin with. When the time came for Animal Crossing's debut in the west, the original developers back at Nintendo of Japan saw how much work had been done and decided that it needed to be re-localized with all the brand new content, while adding even MORE new stuff on top! Which is how Japan ended up with three versions of Animal Crossing, all in a short span of time.

Sadly, that super-charged version of Animal Crossing--Dobutsu no Mori e+--never made its way back to players in the west. At the time, it wasn't that big of a deal; after all, Animal Crossing was still a new IP, and not many knew of the game's back-and-forth translation tango. Even after the internet got to know the fun story behind it all, years had passed and newer Animal Crossing games had released. Still, for the dedicated fans out there, a definitive version of the original Animal Crossing existed, packed full of all sorts of new content, never to be experienced--unless you happened to know Japanese. 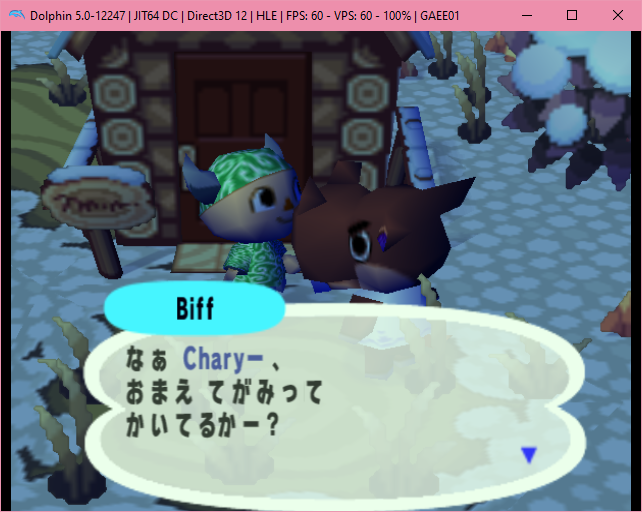 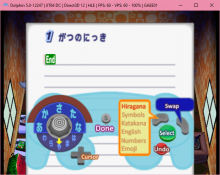 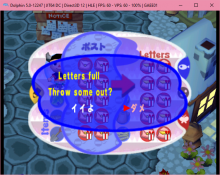 ​
Now, what happens when you have a Japanese-only release, on an old platform that has a lot of documentation when it comes to hacking and dealing with the inner workings of its files? Well, it of course gets an official release on the Nintendo Switch! Just kidding, it is Nintendo after all! The real answer is that you get a dedicated fan-translation, courtesy of one of those super-fans. Cuyler is a programmer who has been spending years working on modding, editing, and translating all of that Dobutsu no Mori e+ goodness into English.

With all that context, now you can appreciate the meaning behind a project of this caliber.

And there is a lot to appreciate. More fish, more bugs, more residents, new features, new events, new locations. In fact, the Dobutsu no Mori e+ exclusive content, if released in this day and age, would warrant a Definitive Ultimate Edition slapped on the title, or at least a decently-priced DLC release. Now that there's an English fan translation patch, all of those things can finally be enjoyed.

This still is the original Animal Crossing, so the early-game is identical to what you've played before. Once you've adjusted to life in your little animal forest, well, that's when you begin to find all the cool things. Tom Nook's shop closing can really affect how you play the game at night. With minimal inventory and even less storage available to you, you might not want to bother playing at night once you've filled your pockets to the brim with fish, fruit, and fossils. But if you take your shovel and slam it against Nook's shop door enough times, he'll begrudgingly open up and let you buy and sell...at a reduced rate, too, that cheapskate! While the lowered selling prices might deter you, being able to clear your inventory out at night is an invaluable asset. Other quality of life options have been added, too, such as the island being usable even if you don't have a GBA to hook up, being able to pick up flowers, and coolest of all, the addition of buildable town projects--exisiting as a concept years before New Leaf would implement it once more! 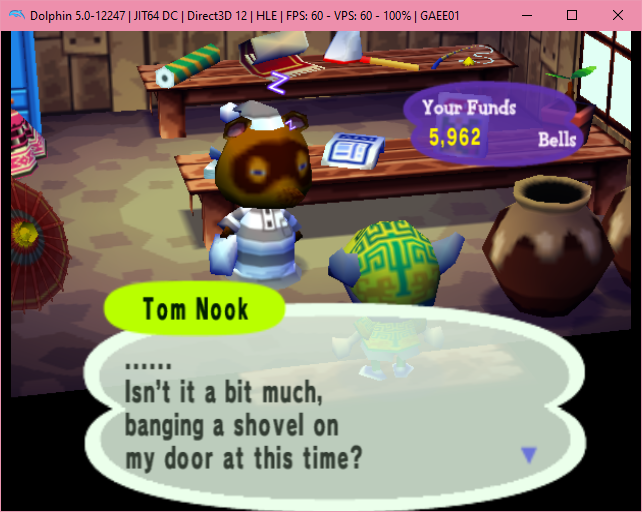 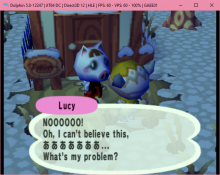 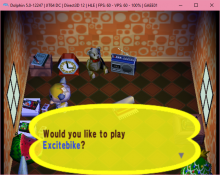 ​
Not everything is translated just yet, sadly. There's still a lot of work left to be done in terms of random character conversations, as they'll switch between perfectly translated and large swaths of Japanese text at random. However, a lot of the unique e+ exclusive content is covered, which is great if you're just looking to solely have some fun with features absent from the regular versions.

Compared to newer games in the series, it might not seem like much; after all, why not play the newer one that has all this fancy stuff to begin with? For me, a big reason is nostalgia. Growing up with the original Animal Crossing cemented its place into my heart, and being able to have a fresh take on something so well-worn after years of playing it makes for a welcome experience. Not only that, but there's a rough-around-the-edges charm to the game. Villagers have so much to say, and a lot of it isn't quite that nice! Sassy ones will belittle your fashion choices, some may laugh at your misfortune of being stung by a bee--it's fun to see these little animal characters have some actual character, even if its at your expense. Having a villager get angry at you or take your hard-earned Bells from you in an RNG game gone wrong adds to the world--your specific world, and all the experiences that build it. You won't like some of the animals you come across (yeah that's right I'm talking about you, Blaire, you jerk squirrel), others will give you a piece of rare furniture and that'll be enough to win your friendship, and some will make you want to send letters full of furniture and clothes to them, so that you can see them walk around with that little musical note emotion played above their head. And that's a facet that newer the games don't focus on anymore: the relationships you form in your head with these cute characters. 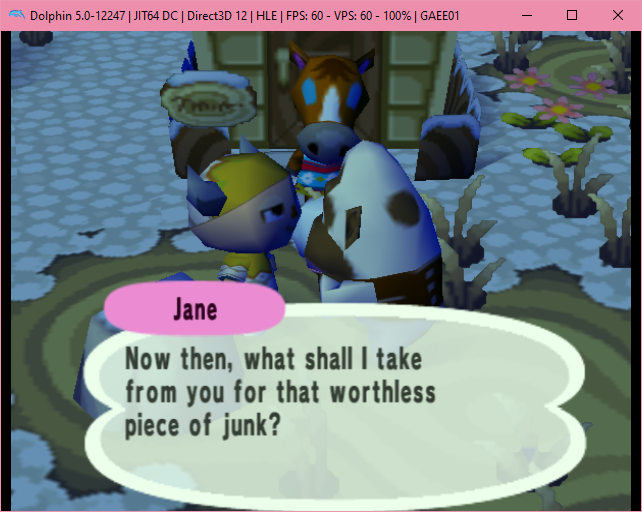 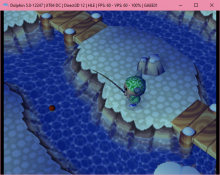 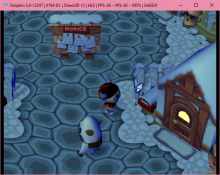 ​
If you've grown tired of Animal Crossing: New Horizons, then I urge you to go back to where it all began, and enjoy the original Animal Crossing, in its best possible form.

Reactions: IssMare, tfocosta, matpower and 29 others
Click to expand...
K

Read the post again. It's a Gamecube game, so it would be dumped in the form of a Gamecube ISO and patched accordingly.

You can find the latest patch on @CuylerAC Twitter. No direct linking just in case.

A fake Animal Crossing: New Horizons listing is on the Microsoft Store, still hasn't been removed