Most forms of entertainment have a pretty clear distinction between what’s aimed at kids and what’s aimed at adults, and there’s not usually a lot of crossover appeal (with a few obvious exceptions). The line’s always been blurrier with video games. A lot of gaming’s biggest franchises, particularly Nintendo’s, have fanbases that are split equally between children and adults. This is probably due to the active nature of games and how gameplay can stay engaging for younger and older players alike by either adding optional challenges to let a player rise to their level of competency (like the Mario games) or by eschewing direct challenge altogether and establishing a routine for players to get lost in (like the Animal Crossing games). Recently, the Frog Detective games have joined the ranks of the few who can achieve that cross-generational allure despite having almost no gameplay. It pulls this off the same way, say, an Aardman film might - with an abundance of wit and charm. 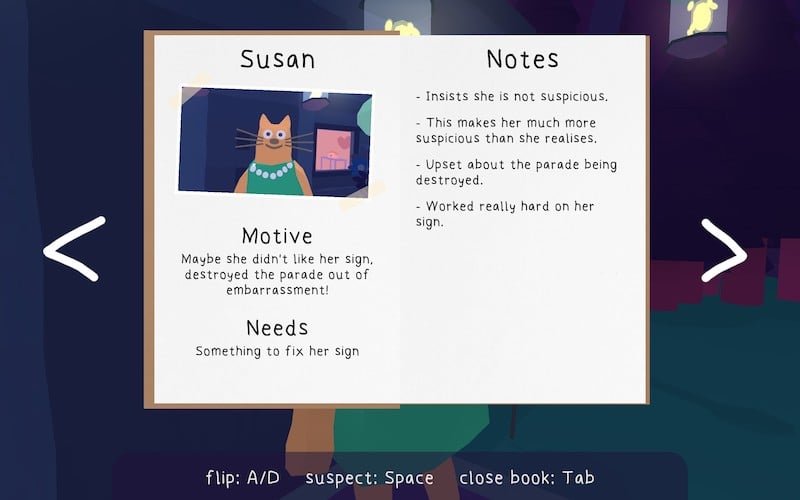 ​
The premise is pretty basic. Frog Detective is a frog, a detective and proprietor of the Frog Detective Crime Solving Agency. The tone is established with the low-stakes nature of the case - in the first game, spooky ghost sounds are heard coming from a cave and in the second, a town’s parade decorations are mysteriously destroyed - and things are played pretty straight from there. Before starting, I was a little worried it might cheap out with a shock humour gag by going for a suddenly dark ending, but long before reaching the end I could tell the game was too good at being a straightforward kid-friendly game to resort to a trick like that. There’s not even any Disney-style jokes that are inappropriate while being subtle enough to go over the kid’s head. Some jokes maybe rely on genre knowledge, like Frog Detective’s insistence on bringing her trusty magnifying glass that just uselessly warps the image of whatever it’s pointed at, but most of the humour comes from the sweet and quirky nature of its characters, with an emphasis on the sweet part. A lot of the bits turn into double acts with the straight man often too polite to point out the silliness of their counterpart, or doing so gingerly, letting the other character’s quirkiness speak for itself. It’s a simple trick, but even something as small as having the straight man be pleasant instead of snarky towards the other person twists these routines enough to give them new life and lends to the game’s eminent likability.

The puzzles are beyond simple, but anything too overtly challenging would disrupt the game’s easy-going affability. Mostly you’re just in the puzzle game loop of finding an item to help somebody, receiving an item as reward, then using that item to help someone else until you work your way up to whatever items are needed to solve the case. Thankfully, the map is laid out well and the characters are memorable enough that you shouldn’t have any trouble remembering who needs what. The second game even supplies you with a handy notebook that’ll automatically keep a record of everyone you meet, also featuring a cute mini game near the beginning where you decorate it with stickers. The games are mostly linear, with the exception of some light exploration elements and the aforementioned cute mini game, but this isn’t a problem, of course. The writing’s the star here and keeping a tight focus gameplay-wise lets the writing shine. 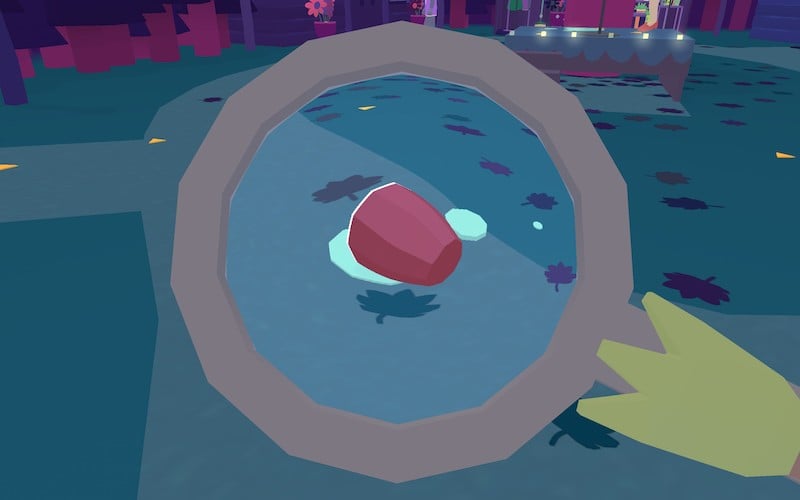 ​
The Frog Detective games are short, running about an hour each, and perhaps a tad insubstantial, but they accomplish what they set out to do perfectly. They are simple, cute stories with plenty of humour and investigations that are paced well enough to keep you engaged from beginning to end. If they tried to be anything more than that, it could ruin the loveable, relaxing mood they create so efficiently. This isn’t to say that they’re unambitious, either. They carry such an effortless charm that the care poured into them is evident, and they fill a niche that isn’t often catered to in games. Sometimes, that’s more than enough.

Detective pikachu is out of the job
Reactions: Stealphie

Basically a game for your Kids to play so they don't bother you for a few hours.

Honestly, was it so hard to include a hard mode to add some replayability?
Last edited by raxadian, Apr 16, 2020

@ AkiraKurusu: Are scalpers still scalping PS5s? If no, might plan on getting one soonish. 11 minutes ago
Chat 1