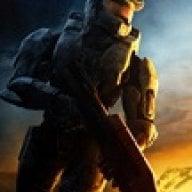 Now, here's my question... I like the EZ FLASH 3in1 because not only can you #1 play GBA games straight from your slot 1 card, using the RAM on the 3in1, but you can also #2 burn a game onto it, and it'll act like a standalone GBA game, so you can play it on a Normal Game Boy Advance Handheld System, as well as the DS. (#2 is only if you have the extra DS PHAT case to fit a Normal Gameboy Advance, which I do have, and the M3 GBA Expansion Pack has an extra shell to fit the DS PHAT, too!)
So I wanted to know... can you do both of those things with the M3 GBA Expansion Pack?
and if you cant, can somebody please tell me of a slot 2 card that has a Real Time Clock and CAN do both those things I mentioned above?

No NOR in M3 series.

You use the M3 GEP to play and the 3in1 to transfer your pokemon.

S
Hacking GBA Should I get a GBA x5 or a EZ Flash Omega ‘Definitive Edition’?

@ kenenthk: Polished A moment ago
Chat 6