Reactions: The Catboy and Deleted-236924

So is Microsoft worse than the mafia? I thought Sony was.

ComeTurismO said:
So is Microsoft worse than the mafia? I thought Sony was.
Click to expand...


how the fuck did you watch the gif that quick?? the gif is long.. and you posted the second i created this thread, watch the goddamn gif.

Flame said:
how the fuck did you watch the gif that quick?? the gif is long.. and you posted the second i created this thread, watch the goddamn gif.
Click to expand...

Microsoft is worse than the mafia.

ComeTurismO said:
Microsoft is worse than the mafia.
Click to expand...

Pride cometh before the fall.

Flame said:
.... yes. Microsoft is worst than the mafia. watch the gif.
Click to expand...


Microsoft is worse than the mafia, Sony, and EA.​
​
No! CROSS THAT. I think it's EA, SONY, MICROSOFT ARE WORSE THAN THE MAFIA! 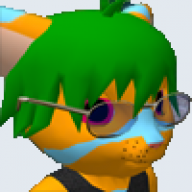 ComeTurismO said:
Really stupid stuff that no one finds funny except you.
Click to expand...

^ I was just sitting there staring at this for the longest time waiting for the page to finish loading so it would start moving ... *self facepalm*
Reactions: Rydian 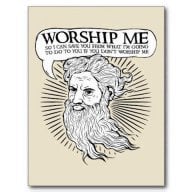 Lol thats nothing, i have a gif thats about 44mb and 30 seconds long XD

It appears you're still mad. Did you have a drink of water? Have some rest, maybe you'll cool down. Especially when you start adding relationships into posts.
Reactions: dj4uk6cjm

Even if that's not actually intended... well-done.
Reactions: Maxternal 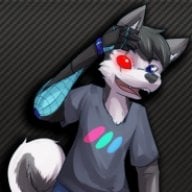 I still love the response of "Electricity goes out too..."
Reactions: Rydian

...he said something that was inaccurate or false? His point is entirely valid.

Reception may be spotty and yet most of us have cellphones, electricity may go out but we still use it - it's the same deal with the Internet.

If the content on the console will heavily rely on using Online features and not being connected will render it practically useless "Always Online" makes sense. Some apects of games on the Durango may be controlled server-side and may require you to be Online to be fully operable, the Internet is wide-spread, easily accessible and there are no reasons not include such elements if they're beneficial for the End User and the gaming experience. Hell, we've seen that done even last generation - not being Online practically restricted you from accessing 3/4 of the content in Monster Hunter Tri - the Single Player offline campaign was practically a training session before the game proper. Even large chunks of the system menu may need it for the sake of adjusting content according to the user's preferences or updating tiles (as the system will no doubt have a similar menu to Windows 8's tile-based one).

To be perfectly honest, all my consoles have been "Always Online" for the past 6 years even though I was never forced to connect them to the Internet - I wanted to connect them because it allowed me to do more with them - being Online gives you access to so, so much more content than being Offline. The argument againts "Always Online" is the argument of "Pro Choice", except it doesn't make a lot of sense when you sit down and start wondering when was the last time you didn't use your Internet connection when you had the option to do so.

Now, all this is not to say that Single Player should be "Always Online" - it should, enforcing "Always Online" is a bad idea however it is, in my honest opinion, the future. Much like electricity, radio, television and cellphone networks before, Internet has become an integral part of our lives and we should accept the fact that having our devices connected to the web is better than not doing so.

When you buy a Smartphone, your first natural instinct is to connect it to a cellphone network - why? You don't have to do that, why don't you guys use Offline mode? I mean, you can, right? You'll still have access to your apps, the Smartphone will still be operable... it just... won't be much of a phone, will it?

If the console will have a strong focus on Online activities - on Muliplayer, on Social, on OnlineMultimedia then going Offline will give you access to a fraction of its functionality - the very basics, and that's provided the content in question doesn't require anything server-side.

what the fuck does a fucking medlar taste like?

@ SG854: The comedians are going to have a field day with this 51 minutes ago
Chat 0