Ok, long story short it was mine but I gave it to a friend of mine roughly 5 - 6 years ago & he has absolutely no knowledge of hacking/modding where as I have moved on to Android since then so I'm a little rusty now, my question is:
Can I update an old PSP2001 (dated July of 2001; looking under the battery.)? It is already modded running 5.50 GEN-D3 but, again, this was years ago when I did that.
He has a 2 & a 4 GB SanDisk memory card, the charger & PSP to computer USB cord but he can't find the jig-kick battery I made to mod it & neither of us have nor ever did have a Pandora battery in the first place.
Would it still be possible to update the software to another, up-to-date custom firmware or an up-to-date official firmware then re-mod but w/ just the above listed items?
He has just the one battery so no, I am not going to cut it open just to turn it into another jig-kick, IF that method or the Pandora one are still the only way to exploit it, I don't know anymore, please help me to refresh my memory. 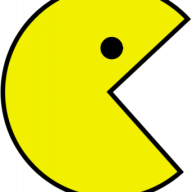 use Hellcat's Recovery Flasher to make a Pandora battery, flash back to some OFW
A

rusty_train said:
use Hellcat's Recovery Flasher to make a Pandora battery, flash back to some OFW
Click to expand...

I can revert it back to a regular battery afterward, right?
N

Once you're back on 5.00 OFW, download either 6.20 or 6.60 OFW updates and install one of them. From there, there is plenty of far easier to use CFW available that can simply be run as temp hacks or permanent patched depending on your PSP.

To note, do not officially update. Sony just released a new PSP firmware after years, 6.61, built to block piracy because for some reason they still care. Although I think the ME firmware line is working on it now, 6.60 is still a better choice.

Refer to this thread (a sticky for this section) for everything I just said in slightly more detailed and easier to follow steps.
Reactions: AlphaTekk Epoch
A

Thank you, I'll look into that once he gets off his laptop.

Thank you, Nathan, worked like a charm.
Now my only question is:
Is there a mod/homebrew app that can make it actually connect to a WEP2 secured wifi connection?
It is not my internet so I can't change it to another.