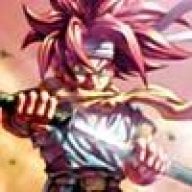 Hey guys, had a real quick question. I'm having a hard time getting Fatal Frame IV to work through USB Loader GX.

I'm using a Japanese ISO that's been English patched and what's happening is whenever I load the game up it'll get about 5 seconds or so in and pop up with a message in Japanese and won't go any further. The English patch seems to be working because I can see a screen at the beginning of the game from the patch creators and the create save file screen is in English.

I saw someone else post this same problem but, the fix that they used was extracting the save to emunand and, when I tried that, it didn't change anything.

Does anybody have any ideas? Since this has happened to someone else, I assume it's a known of issue. I tried to do a search but, the emunand thing was the only fix I saw. If anyone has any advice, I'd greatly appreciate it. Thanks a bunch!

Jesus Christ, you have to have a nunchuck. I'm just going to leave this for future reference for others.
Reactions: Cyan 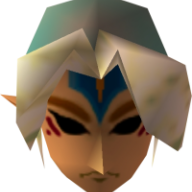 Link He come to town Come to save the Princess Z

the ISO you are using has the "revision 1" patch, there's an updated patch the fixes some bugs and fully translate the remaining text boxes.