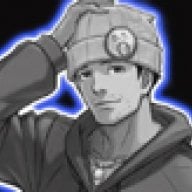 I bought an used copy of Mario Kart Wii, and I got two PIN code vouchers, but I was able to register only one, so I was wondering if anyone has another extra code for another game that they could trade.

Drop me a PM, i have a spare one for you

Well, I see you are from New Zeland, and I don't think the code would work on a different region. I only got codes for the US ones, and I don't know about yours.
O

S
Hacking Is there a gecko code that makes classic controller and wiimote useable at the same time?

@ KenniesNewName: Lol they turned control into a movie Today at 7:18 AM
Chat 0